Starting a Business in India: Not a Dream Anymore

In the last decade, start-ups in India have mushroomed like never before. Boys and girls from prestigious institutions like IITs and IIMs have quit their worthwhile jobs to propel their ideas and imaginations. Innovation is the new success mantra which is inspiring the Indian youth to explore new ventures and become entrepreneurs. However, while commencing a start-up, there are various procedural and economical hurdles which often stifles the ability of an individual to start-up his own organization.

Starting a Business in India

Capital requirements or funding acts as one of the major impasse. High interest rates alongwith procedural impediments often disheartens one from going ahead with their dream. Other restraint in the way of start-ups is Government Policies and initiatives. World Bank Ease of Doing Business in its latest data has ranked India at 142 (among 189 nations). This data evidences the difficulty faced by an individual in starting a business in India. The data ranks a nation on various parameters like starting a business, registration of property etc. 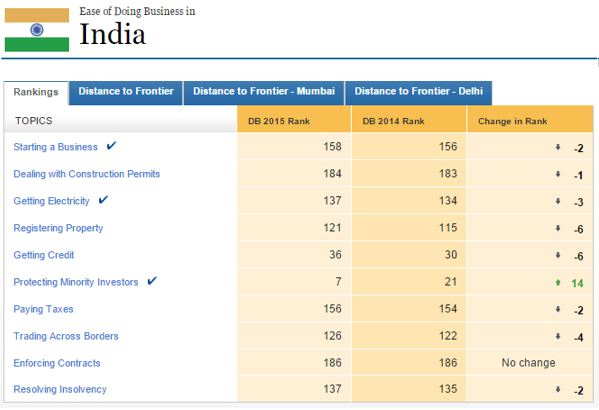 Other critical aspect for start-ups is the protection of their intellectual property (IP). After all it’s that unique idea or innovation which impetuses an individual to embark on their venture. Hence, its imperative that IP protection is treated as a crucial aspect for a successful start-up. However, monetary and procedural constraints often prompt an individual to ignore this important aspect.

It cannot be denied that the Government in the past few years has recognized the role of start-ups in driving the economic growth of India and the same is apparent from the reforms and initiatives taken by the Indian Government recently.

The Union Budget 2015- 16 saw the glimpses of boosting start-ups by the Indian Government. In pursuance of the same, Government in its Budget announced the initiation of program SETU (Self-Employment and Talent Utilisation), established with the object to support all aspects of startup businesses and other self-employment activities particularly in technology- driven areas. In this regard, Mr. Jaitley, Finance Minister in his budget speech had remarked “We are now seeing a growing interest in start-ups. Experimenting in cutting edge technologies, creating value out of ideas and initiatives and converting them into scalable enterprises and businesses is at the core of our strategy for engaging our youth and for inclusive and sustainable growth of the country.”

Prime Minister Narendra Modi in his Independence Day Speech this year surfaced the idea of ‘Start-Up India, Stand-Up India’ mission, which is aimed at developing an entire ecosystem for aiding startups with capital requirements, incubation, IP issues, marketing strategies, financial and technical support.
In this context, Indian Daily, Economic Times on September 07 has reported that DIPP (Department of Industrial Policy and Promotion) has been entrusted with the task to run Mr. Modi’s start-up mission.

Form INC-29- The Ministry of Corporate Affairs introduced this form (Integrated Incorporation Form) as a means of enabling quicker company registration. The Form has merged the process of getting Direct Identification Number (DIN), name approval and incorporation application into a single process, thereby reducing the time to register and consequently start a business.

The aforesaid initiatives by the Government reflect the efforts of a progressive nation towards simplifying the ease of doing business in India. The recent reforms certainly come has a huge relief for the Indian youth, however speedy and successful implementation of the policies would make Narendra Modi’s vision of start-up mission a sustainable campaign.