The Paymark battle: A curious case of Brand envy

On November 18, 2016, the American online payment solution company PayPal, had opposed an Indian electronic commerce and payment system company, Paytm’s trade mark application, numbered 2370686 with the Indian Trademark Office. They marked Paytm’s trademark as “deceptively and confusingly similar to PayPal” due to a similar colour scheme. Additionally, PayPal questioned the intent of Paytm which according to them is to allegedly, feed on the fame and popularity gained by PayPal.

PayPal asserted in their notice of opposition, that they have been using the trademark “PayPal” across the world since the year 1999. PayPal contended that they are global leaders in online payment solutions that adopted its name in the year 1999 and started operations in India in the year 2000. However, PayPal claims to have adopted the two tone color combination only in 2007. Paytm on the other hand commenced its business as an e-commerce platform in India in the year 2010, and they applied for the said trademark on July 18, 2016.

PayPal submitted that their mark is well-known and they are the only proprietors of their mark that is renewed from time to time and their registrations are validly subsisting. Owing to this, PayPal claims all exclusive rights to use their mark and all marks determinative of their mark. PayPal then drew an analogy between their and Paytm’s mark highlighting that their trademark possesses a distinctive double tone blue colour scheme since 2007 and they have used the same in several other countries. PayPal also contended that their mark is known and recognised by public at large.

Nonetheless, the submissions made by PayPal in their Notice of Opposition are the following:

Therefore, as per PayPal the adoption of the Trademark by Paytm is neither honest nor in good faith. PayPal’s supposition of Paytm’s conduct as dubious and devoid of good faith urged them to ask the Registrar for refusing the trademark application filed by Paytm. It would be interesting to note further developments in this case especially in light of the fact that Paytm, which is an acronym of the phrase “Pay through Mobile” was first filed on a proposed to be used basis way back in July, 2009.

For the ease of convenience of our readers, we have listed below in tabular form the important trademarks filed by both PayPal and Paytm at the Trademarks Registry, and a comparison of the same – 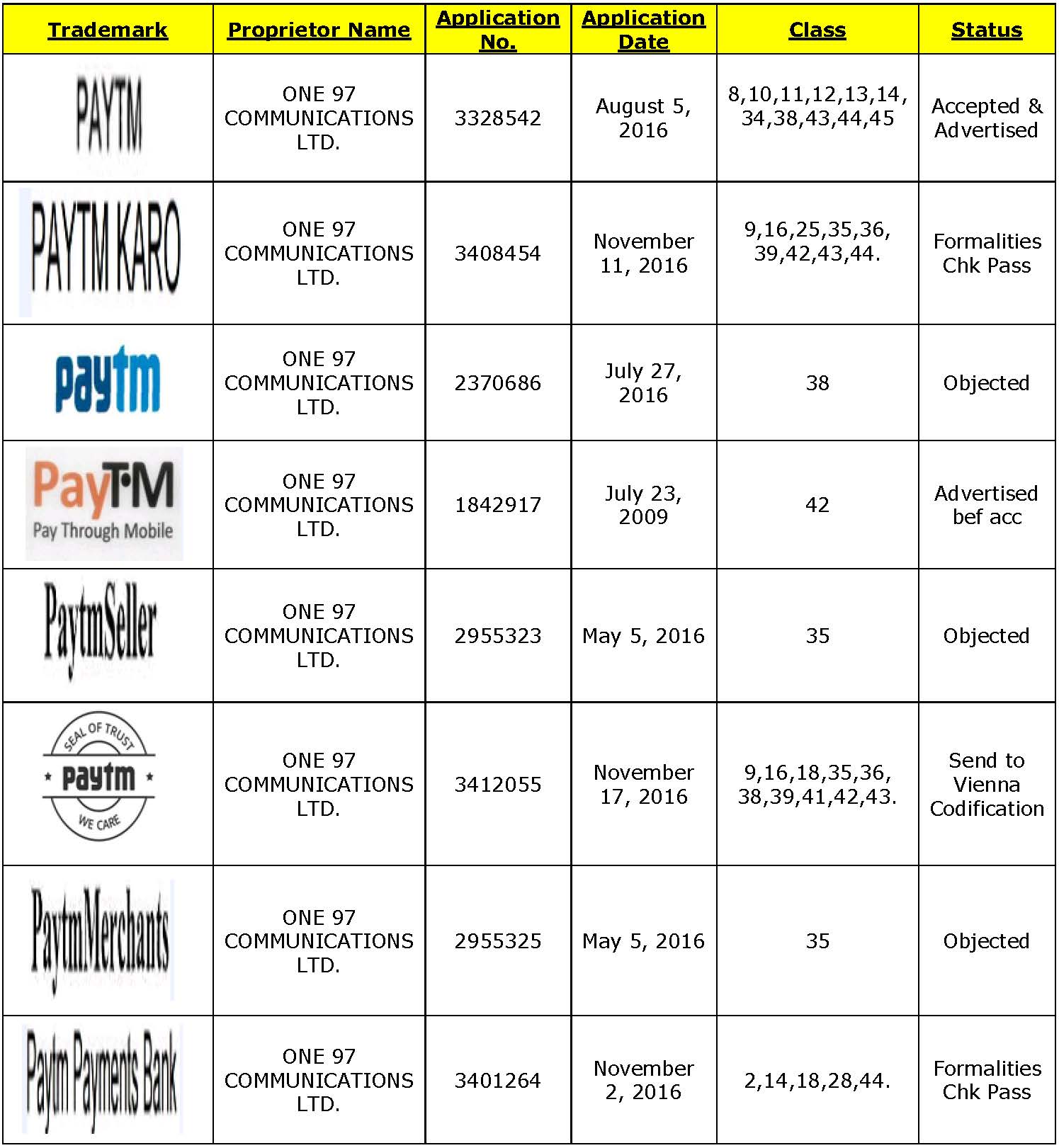 Other Marks Containing the word “Pay”- 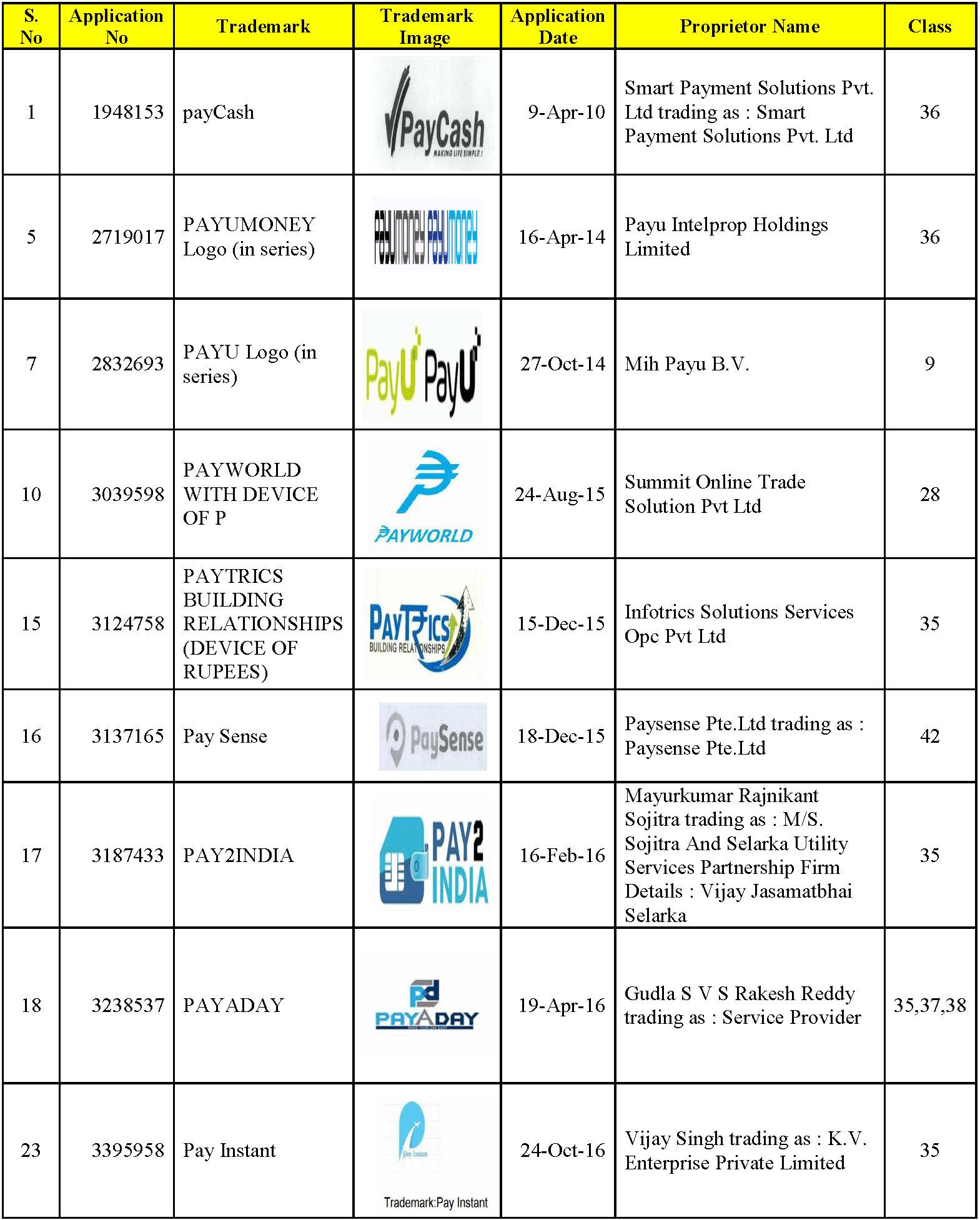