To P(L)Ay Or Not To P(L)Ay. Delhi High Court And Bombay High Court Tell You.

It is no secret that the wrath of copyright societies like IPRS, PPL, Novex and the recent ISRA have been faced by all major hotels and event organizers in the past few years, especially during the festive seasons and around Christmas-New Year’s Eve. The recent turn of events in the Delhi High Court and the Bombay High Court may be a relief for few as issues related to the much long-sought clarity to and transparency in the functioning of these societies/ alleged associations have been finally addressed.

Submissions of the Petitioner

Submission of the Respondents

(The said public notice as available on the DIPP website is available here.) 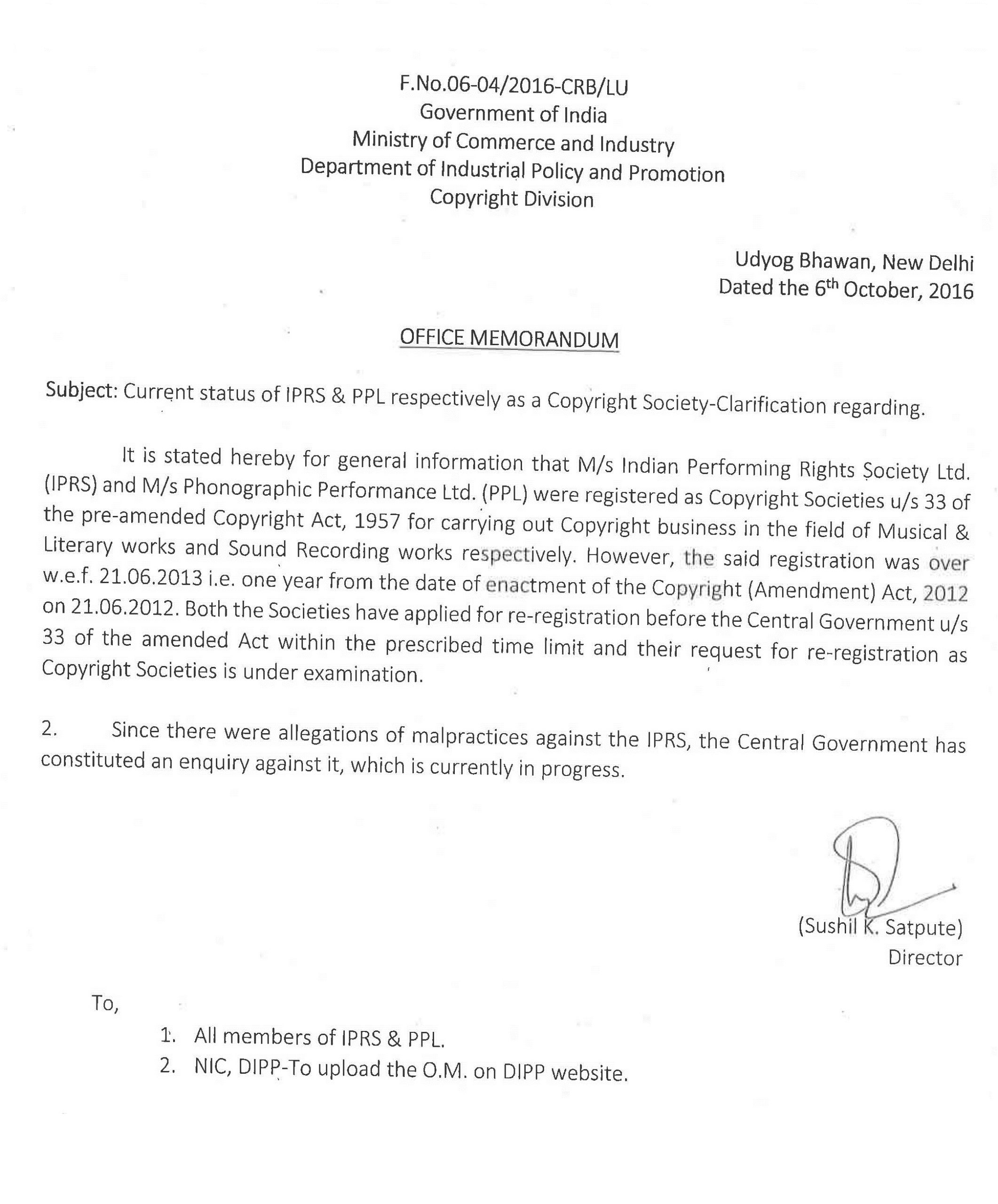 Hon’ble Mr. Justice Sanjeev Sachdeva, of the Delhi High Court, vide his interim order dated December 23, 2016, restrained the Respondent nos. 3, 4, and 5 from acting in contravention of Section 33 of the Copyright Act, i.e. from issuing or granting licenses in breach of S.33 of Act, till the next date of hearing. The Court also directed Respondent nos. 1 and 2 to take action in accordance with the law for any breach of provisions of Section 33 by Respondents nos. 3, 4, and 5. The relevant order can be found here.

The above injunction order dated December 23, 2016 passed by Justice Sanjeev Sachdeva was challenged by IPRS, PPL and Novex (the Respondents/ Applicants), who sought for the said order to be vacated. The matter was heard by Hon’ble Mr. Justice Najmi Waziri of the vacation bench of the Delhi High Court.

Submissions by the Respondents/ Applicants

Submissions by the Petitioner

Decision of the Vacation Bench of Delhi High Court

Vide its interim order dated December 29, 2016, the vacation bench of the Delhi High Court comprising of Hon’ble Mr. Justice Najmi Waziri did not vacate the earlier order dated December 23, 2016 passed by Justice Sachdeva. However, the learned vacation bench, relied on the decision in Leopold Café & Stores v. Novex Communications Pvt. Ltd. of the Bombay High Court to observe that the right under Section 30 is not obliterated by the prohibition in Section 33 and both must exist harmoniously. Thus, a copyright owner or his “legitimate” agent/ assignee is entitled under Section 30 of the Act to issue licenses and collect license fees. As an interim compensatory arrangement, Justice Waziri directed EEMA to pay copyright fees/ royalties to IPRS, PPL and Novex under Section 30 of the Copyright, which is reserved for owners of copyrights, with the express rider directing IPRS, PPL and Novex to prove their ownership over the copyrights when called upon to do so, and also providing a process for issuing licences and obtaining royalties in the immediate interim period as under:

IPRS was given a period of 15 days to complete this entire process.

Miscellaneous reporting of the above order dated December 29, 2016 by various newspapers caused much confusion as to whether it dilutes the injunction granted by Justice Sachdeva on December 23, 2016. The cumulative effect of the above discussed two orders is to maintain the status quo as it existed prior to their passing. The entire drift of things is clearly to bring higher standards of transparency in the system by requiring the collecting societies to publish the complete list of songs along with the assignment deeds.

Pursuant to the Court’s orders, PPL has now uploaded
a list of entities who have entered into assignment deeds with it, alongwith copies of the assignment deeds, and also the list of works over which it claims rights. IPRS has also uploaded a list of its assignment deeds. This is definitely a positive step as prospective licensees can now go through these websites to ensure that they are paying the right entity and hence, avoid multiple payments for the same works.

The case is fixed for further proceedings on April 24, 2017.

Proceedings before the Bombay High Court

In Phonographic Performance Limited (PPL) V. Manuj Agarwal & Ors. [Suit (L) No. 1190 of 2016 and Notice of Motion (L) No. 3623 of 2016], the vacation bench of the Bombay High Court comprising of Hon’ble Mr. Justice A. K. Menon dealt with a similar issue, in context of the highly popular Sunburn Festival 2016 which is usually held during the New Year’s celebration period. In this case, the Respondents gave an undertaking to pay to the Plaintiff (PPL) any amount that may be determined to be payable to the Plaintiff in respect of the said events. The relevant order dated December 27, 2016 is available here.

Justice Patel further made it clear that event organizers and hosts cannot use copyrighted works without paying the license fee to the owner, whosoever that may be. Even while stating so, he agreed with the suggestion on behalf of the event organisers/ hosts to deposit the sum against the proposed license fee in court rather than directly paying the collecting societies till the suit is disposed off. The said order dated December 21, 2016 is available
here.