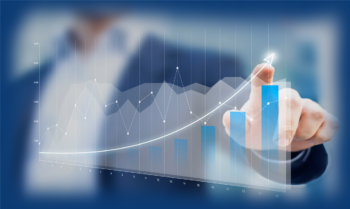 The United Kingdom has confirmed the introduction of Digital Services Tax (“DST”) from 01 April 2020. The proposed rate of tax is 2%.

DST will be levied on digital services namely, social media platforms, internet search engines and online market place which derive value from interacting with UK users. For understanding this more clearly, it would be essential to highlight that a UK user is someone normally in the UK or established in the UK.

The legislation is broad in scope and may apply to groups that were of the view that they would not be covered under the ambit of DST. The proposed legislation applies to revenue which are linked to UK users and not just to UK companies or permanent establishments. There are proposals in the legislations for collecting tax due from companies even outside the UK which are chargeable to DST.

The abovementioned digital businesses will be liable to DST when the group’s worldwide revenues which arise from digital services exceed £500 million and more than £25 million of such revenue is owing to the UK users during a particular accounting period. It would be pertinent to mention that the first £25 million of the group’s worldwide revenue in respect of digital services derived from users of UK will not be subject to DST. DST will be payable annually and will be due nine months after the end of the relevant period.

There are certain exemptions for the applicability of DST. Financial and payment service providers under online market place model are exempt. Further, a “safe harbour” provision will allow businesses to make an alternative calculation of DST. The purpose of this is to ensure that tax doesn’t have an inconsistent effect on the functioning of a business especially where the business has a low operating margin from providing in-scope activities (for example, internet search engine, online marketplace) to UK users.

One of the proposals in the draft legislation states that where one of the parties to a transaction (at an online marketplace) is a UK user, the entire revenue from such transaction will be treated as derived from UK users. This will also be the applicable where the transaction involves land or buildings in the UK. However, in this case, the revenue charged will be reduced to 50% of the revenues from the transaction when the other user in the transaction is located in a country that operates a similar tax as DST.

The total DST liability will be computed at the group level however the tax will be charged on individual entities in the group that realize the revenues and are responsible to contribute to the total revenue. A single entity in the group will be accountable for reporting the DST to HM Revenue & Customs (‘HMRC’). The groups may also nominate an entity to fulfil the responsibilities, failing which the ultimate parent of the group will be responsible.