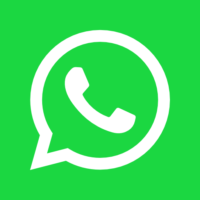 By Ananyaa Banerjee and Isha Tiwari

It is comically undeniable that as a reflex people skip the odious rules, terms and conditions before signing up on any online platform, and only seek them out when either facing glitches or the said term & conditions become hot topics for national news. WhatsApp has once again caught itself in the whirlwind of a legal battle. The infamous saga of ‘forwarded messages’ had clutched this country in mass violence and unrest with the dissemination of fake news and to curb the same, WhatsApp had revised its forwarding limits to a message by a user from forwarding any message up to 20 times to forward it to only five chats at once. The idea ever remains the same, to teach use with careful consideration, as the messaging giant can only do so much to monitor the content without encroaching on user’s privacy.

Now, the Hon’ble Bombay High Court has ruled that an administrator of a WhatsApp group, cannot legally be held liable for any offensive post by other members of the group. The Hon’ble Court also opined that the administrator has restricted powers of adding or deleting members to the group, and he is not conferred with the power to regulate or censor the action of the other group members.

As per the ‘Best Practices for Use of WhatsApp’, the responsibilities of a group admin are fairly laid out, i.e. (1) creating a group; and (2) controlling the ability of sharing messages by other admins/group members[1]. Thus, the issue before the Hon’ble Court was whether a group administrator can be held vicariously liable for the content posted by another group member under Sections 354-A(1)(iv) (Sexual Harassment), 509 (Word, gesture or act intended to insult the modesty of a woman) and 107 (Abetment of a thing) of the Indian Penal Code and Section 67 (Punishment for publishing or transmitting obscene material in electronic form) of the Information Technology Act, 2000.

ORDER IN THE CASE

In the present situation, the administrator of a WhatsApp group’s refusal to exclude a member or to demand an apology from a member who made the offensive comment does not equate to making sexually coloured remarks. Even if the allegations contained in the First Information Report and the evidence introduced in the charge-sheet are believed to be accurate, the ingredients of the offence under section 354-A(1)(iv) of the Indian Penal Code are not satisfied. The wording of Indian Penal Code section 354-A(1)(iv) does not incorporate vicarious liability, nor can it be said that the Legislature wished to introduce vicarious liability by appropriate inference.

The term “instigate” simply means to provoke, incite, encourage, or bring about something by persuasion. As given in Section 107’s three provisions, abetment may take the form of instigation, conspiracy, or deliberate assistance. Section 109 states that if the crime abetted is done as a result of abetment and no provision is made for the penalty of that abetment, the defendant will be punished with the sentence prescribed for the initial crime. In Section 109, the term “abetted” refers to the particular offence abetted.

The basic elements of section 107 of the Indian Penal Code, namely, that the applicant instigated or deliberately helped the accused in making sexually coloured remarks against the defendant, are strikingly missing.

To constitute an offence under Section 509, it must be established that a woman’s modesty has been violated by a spoken phrase, expression, or physical behaviour. The offence is not established as defendant’s grievance is that the victim used objective or derogatory language against him.

After carefully reviewing the allegations in the First Information Report and the material produced in the form of a charge sheet, the Court determined that there is no allegation or material that the Applicant published, transmitted, or caused to be published or transmitted in electronic form any material that is lascivious or appeals to prurient interest, or its effect is such that it seems to.

The Hon’ble Court opined that a group administrator has no control over group members’ posts/action, unless it is shown that there was a common intention or pre-arranged plan between the member of a Whatsapp group and the administrator. Further in the absence of a legal liability accruing to the administrator, the Hon’ble Court exercised its power under Section 482 as observed in the case of State of Haryana v. Bhajan Lal[2] and held that “we are satisfied that even if allegations in the First Information Report are accepted as correct, and considering the material in the form of charge-sheet on its face value, it does not disclose essential ingredients of offences alleged against the applicant under sections 354-A(1)(iv), 509 and 107 of the Indian Penal Code and section 67 of the Information Technology Act, 2000”. In view thereof, the FIR and the subsequent charge-sheet filed against the Applicant were quashed.

From the present ruling, it is apparent that without clear penal provision establishing vicarious liability, a WhatsApp group administrator cannot be found responsible for offensive material shared by a group participant. Criminal liability for inappropriate material would only arise for a group administrator when it has been established that there was a mutual purpose or premediated plan. However, it is pertinent to mention that the Court had acknowledged the group administrator’s responsibility towards maintaining decorum in a WhatsApp group conversation. In fact, is it too far-fetched to assume that the underlying intent to granting the administrative power of removing group members is to control the influx of unwanted/derogatory messages? Therefore, the Hon’ble Court’s ruling highlights another lacuna being overlooked in this digital age, which has become a complex blend of freedom of speech, privacy and control.