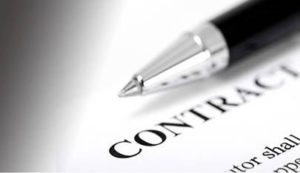 The doctrine of frustration comes into play when a contract becomes impossible of performance, after it was made, on account of circumstances beyond the control of parties
[1]

The Concept of Frustration:

Contracts entered into between parties impose contractual obligations on both the parties for the performance of such contract. However, many times unforeseen or unforeseeable supervening events occur which make the
performance of the contracts impossible due to no fault of either party. In such cases, the contract is said to be frustrated. Frustration of contract results in involuntary extinction of the contractual obligations of both parties and consequently, the parties are relieved from their rights and liabilities.

Genesis of Frustration of contract:

The doctrine of frustration was initially used by the English Courts in 1863 in the case of
Taylor vs. Cardwell[2] . In this case, an opera house, which was rented for holding concerts, was destroyed by fire. The Court held that the contract was
frustrated because the very thing on which the contract depended on ceased to exist.

The doctrine of frustration was named in England in the case of
Krell vs. Henry in 1903, wherein the Plaintiff Krell leased his apartment in London to the Defendant C.S Henry to be used for viewing a royal procession. However, the procession got cancelled and the Defendant refused to pay the Plaintiff the balance of the rent. The Court held that the procession was the foundation of the contract, and that the Defendant was excused from performance because his purpose for entering into the contract was frustrated.

Doctrine of Frustration under the India Contract Act, 1872:

The Indian Contract Act, 1872, (hereinafter referred to as the “Act”) does not specifically define frustration of contract. However, the doctrine is envisaged in
Section 56 of the Act, which states that an agreement to do an act impossible in itself is
void. Further, a contract to do an act which, becomes impossible, or, by reason of some event which the promisor could not prevent, unlawful, becomes void when the act becomes impossible or unlawful. Hence, frustration is the happening of an act outside the contract and such act makes the completion of a contract impossible. After the parties have concluded a contract, events beyond their control may occur which frustrate the purpose of their agreement, or render it very difficult or impossible, or as even illegal, to perform.

Frustration of contract can be established upon the fulfillment of the following conditions;

Factors of Frustration of Contract:

Frustration of a contract makes the contract void, and discharges the parties of the contractual obligations. However, Section 65 of the Act states that when an agreement has become void, the person who has received any advantage under such agreement is ‘bound’ to restore it or to make compensation for it, from whom he received it. The issue arises whether this section also applies to contracts rendered void by frustration. Frustration of a contract occurs without the fault or control of either party, and therefore, a party should not be made to compensate in such event. However, not providing adequate compensation may also cause loss to the other party. Therefore, it is hoped that the Indian judiciary sheds some light into such issues and provide a suitable remedy for cases of frustration of contracts.