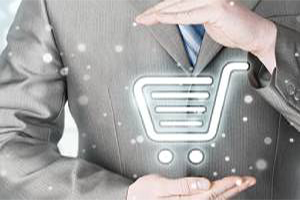 As per the global counterfeit goods ranking, counterfeited drugs are at the top of the list with a market value of $ 200 billion. World over India is a leading manufacturer and exporter of high-quality generic and patent drugs. However, the TAXUD statistics released by the European Commission a few years back showed us the dark side by stating that 75 percent of fake drugs supplied world over had some origins in India. The figures are bound to have increased considerably.

However, the health ministry in India has undertaken various steps to clamp down on the illegal trade such as launching a reward program in 2010, offering $55,000 to those who provide information about fake-drug syndicates amongst others. Important changes have also been proposed to the country’s IP laws such as the procedure stipulated by the Drug Controller General of India in January 2011, which required an amendment to Rule 96 (manner of labeling requirement) of Drugs and Cosmetics Act. The proposed amendment made it mandatory for every drug manufactured in India to bear on its primary label Unique Identifier Code and 2D bar code by which anyone can verify the drug through an SMS

India’s famous “Bollywood” film industry is the largest producer of films in the world. But larger is the challenge to tackle the piracy and counterfeiting threat that has the very existence of the industry at risk.

In 2010, AACT was involved in 301 hard goods (DVD) raids in Mumbai and 19 hard goods (DVD) raids across Northern India. In a bid to fight against piracy, producers have begun officially releasing movies online within days of its release. The producers hope that the low cost for high quality prints would lure people into officially buying such movies online instead of succumbing to pirated versions, most of which are of poor quality prints. Music and movies are some of the industry’s worst affected by piracy in India.

Combating Counterfeiting in India in the field of Books under Intellectual Property Laws:

Piracy of books ranks 23rd in the global counterfeit goods list with a market value of $600 millions. Book piracy occurs in a variety of ways in the country, eg. unauthorized photocopying, unauthorized compilations in the form of course packs, pirated re-prints of trade titles, and unauthorized and scanned copies of books (particularly in the scientific, technical and medical sectors) and the hosting of such copies on sites created and maintained by university students.

To know more about Anti Counterfeiting in India click here

For more information on Combating Counterfeiting in Indian Industries, please write to us at: info@ssrana.com.