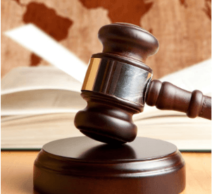 Black’s Law Dictionary defines bribery as the offering, giving, receiving, or soliciting of any item of value to influence the actions of an official, or other person, in charge of a public or legal duty. Corruption and bribery are serious offences. A single act or instance of bribery or corruption can affect the goodwill of not only the individuals involved but also the entire organization for the near future. Bribery and corruption practices signals inefficient control systems and weak corporate governance of the organization.

In recent years, anti-bribery and anti-corruption regime went through a massive change. Laws have become more stringent and enforcement has become uniform. The change in attitudes towards corruption and corporate responsibility movements has also heightened business awareness of the obligations and risks posed, and made it imperative for organizations to question what they are doing to address bribery and corruption issues in the organization.

Anti-Bribery and Anti-Corruption Laws in India

In India, the law relating to corruption is broadly governed by the Prevention of Corruption Act, 1988. Instead of the word ‘bribe’, the Act uses the word ‘undue advantage’ and defines it as any gratification, both monetary and non-monetary other than legal remuneration a public servant is entitled to either from the government or any other organization he is allowed to serve. The Act criminalizes both receipt of ‘undue advantage’ by public servants and providing such undue advantage by other persons.

The term “public servant” has been broadly defined to include any person in the service or pay of any government, local authority, statutory corporation, any judge, arbitrator, conduct elections, person employed by the court, government company or other body owned or controlled or aided by the government, employees of institutions receiving state financial assistance. in Central Bureau of Investigation, Bank Securities & Fraud Cell v. Ramesh Gelli & Ors, the Supreme Court of India (‘Supreme Court’) held that the chairman and directors of a private sector bank would also be categorized as public servants.

Section 8 states that ‘any person who gives or promises to give an undue advantage to another person or persons, with intention—

Thus, not only taking bribe but even giving bribe is a punishable offence under POCA.

If any person associated with a commercial organization bribes a public servant intending either to obtain or retain or to obtain or retain an advantage in the conduct of business, then the concerned organization shall be punishable by fine. Commercial organisation can prove that it had in place adequate procedures in compliance of such guidelines as may be prescribed to prevent persons associated with it from undertaking such conduct and use it as a defence.

Further, if it is proven that the offence was committed with the consent or connivance of any director, manager, secretary or  any officer, then such employee shall be guilty of the offence and shall be liable to be proceeded against and shall be punishable with imprisonment for a term which shall not be less than three years but which may extend to seven years and shall also be liable to fine.

While the POCA applies only when a public official is bribed, in a corporation there may be situations whereby an employee tries to solicit bribes from third parties, thus committing fraud against the company. Thus,  it is imperative for companies to lay down a Code of Conduct and some form of training for new employees, along with policies and procedures to minimize or reduce the risk of bribery and corruption. This is especially important if the country operates globally, whereby it is covered by anti-bribery laws of US, UK, Australia that are more stringent than those of India.

Section 177 of the Companies Act, 2013 mandates certain organizations to create a vigil mechanism which shall be overseen by Audit Committee consisting of Board Members.

The companies must take a proactive approach whereby they:

The Anti-Corruption and Anti-Bribery Policy must unambiguously lay down engaging in in any form of bribery, either directly or through any third party is strictly prohibited. It must define what constitutes bribery and give out practical examples of acts that are prohibited applicable to the company. It must lay down if gifts, facilitation payments can be given or accepted and up to what extent.

Since many bribes are paid indirectly, via third party agents, including sales representatives, logistics agents, etc. It is essential to ensure that risk-based compliance due diligence checks are carried out on third parties that the organization plans to employ. Formal contracts should require them to behave in an ethical way and in compliance with all laws and disciplinary policies of the company. Approval and monitoring procedures need to be established to check that payments made to the third party appear reasonable in relation to the service performed. Third parties should also be given details of how to make use of whistleblower facilities, so that they can report any behaviour that raises suspicions of corruption.

The Policy must also enumerate ramifications of engaging in misconduct and allow the organization to instantaneously terminate the employee if on investigation it appears that the employee is guilty of violating the  Anti-Corruption and Anti-Bribery Policy. The investigation into any suspected bribery allegation can be carried out by the Legal and HR Departments of the organization.