The Department of Patents, Designs and Trademarks, Bangladesh has recently released the statistics for trademarks, patents and designs filings and registrations in Bangladesh, giving statistical data for the year 2014.

Our research team has compiled and analyzed 10 years of empirical data for the trademarks, patents and designs filings and registrations in Bangladesh from 1994 to 2014, by way of graphical representation as under. 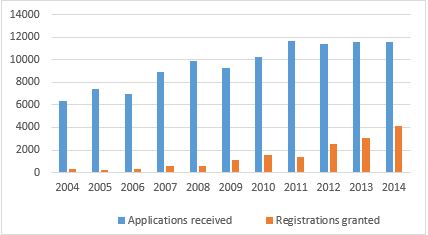 Interestingly, although the total number of applications received from Bangladesh residents is much higher than that from non-resident/ foreigners, the number of registrations granted to foreign entities (3307) is almost four-fold higher than that to residents (865) in 2014. 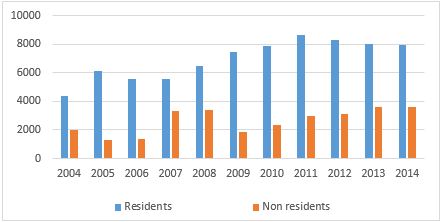 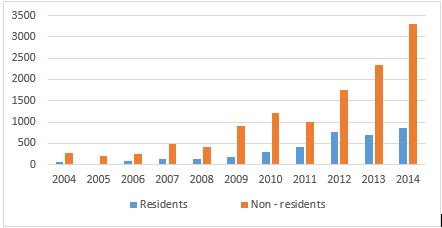 In terms of patents filing and registration trends in Bangladesh, there has been a decline in the total number of patent applications from 316 in 2004 to 293 in 2014. Over the past 10 years, there has not been any major increase in the patent filing trends, and only minor fluctuations can be observed. Meanwhile, the number of patent grants have also declined from 230 in 2004 to 121 in 2014, and similar to the filing statistics, there has been no steady increase or decrease in the patent grant trends, and only fluctuations are observed over the decade. 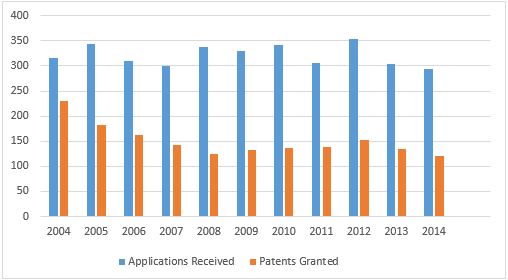 As per the released statistics, the number of patent applications are still dominated by foreign entities with almost a staggering 85% of the patent filings coming from them. Even in terms of granted patents, foreign entities are leading with 80% of the total patents granted in Bangladesh being those belonging to them. 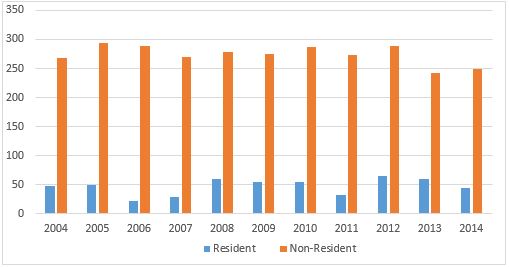 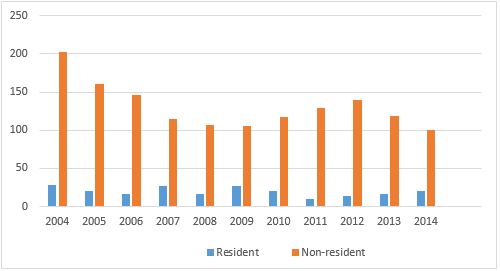 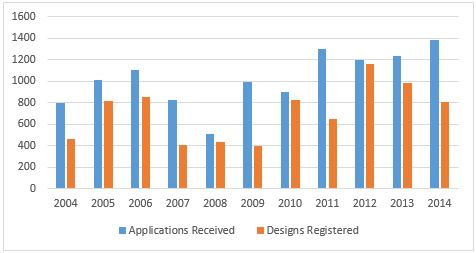 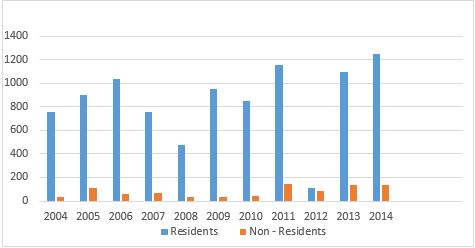 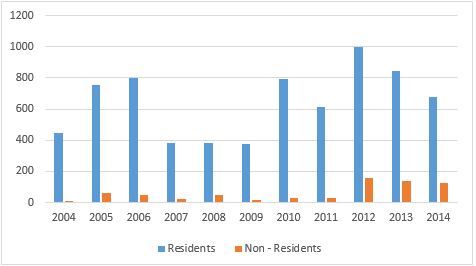 Between 2004 and 2014, Bangladesh had an average GDP growth rate of 6%. The Bangladeshi economy is increasingly dominated by export-oriented industrialization. The textile industry in Bangladesh is the second-largest in the world. Other key sectors in the Bangladesh market include pharmaceuticals, shipbuilding, ceramics, leather goods and electronics. Bangladesh is situated in one of the most fertile regions, hence, agriculture is a crucial industry. Meanwhile, Bangladesh ranks fifth in the global production of fish and seafood. The telecommunication industry in Bangladesh has also witnessed rapid growth over the years and is mostly dominated by foreign investors. Located at the crossroads of SAARC, the ASEAN+3, BIMSTEC and the Indian Ocean, Bangladesh has the potential to emerge as a regional economic and logistics hub.

Rights pertaining to intellectual property require spread of awareness, especially in developing countries like Bangladesh. The development of IP laws and an IP conducive regime inevitably help in the economic and social development of any jurisdiction.

From the detailed empirical data available from 1972 – 2014, it can be observed that Bangladesh is increasingly becoming an IP aware country, and may become the next IP hub in