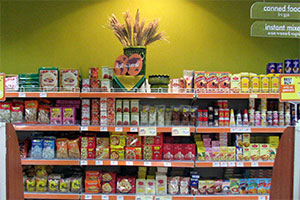 By Rupin Chopra and Devika Mehra

However, unlike the definition of Legal Metrology, the laws of Legal Metrology are not merely restricted to governing weighment and measurement, but they also focus on consumer awareness by mandating printing of certain compliances on the label of a package.

The Commonwealth Countries across the world have great similarity in their laws, since most of these countries have their roots coming from the United Kingdom. In Bangladesh, the Bangladesh Standard and Testing Institution (BSTI) strongly governs the legal metrology standards practiced across the country. Where in India, the compliances for Legal Metrology have been exhaustively covered under the Legal Metrology Act, 2009 and its Rules, the situation is Bangladesh is considerably different.

In light of the above, it can be established that though the laws in Bangladesh are not in stark contrast to those prevalent in India, there are certain aspects quite specific to the country of Bangladesh. However, the above checklist is what covers the Legal Metrology laws for exporting goods to Bangladesh. The practice of ensuring effective use of Legal Metrology laws is a big step towards maintaining healthy consumerism and consumer awareness, whilst keeping a strict check on the quality of the products whilst ensuring transparency from the producers, manufacturers and/or importers.