Commercialization of GI Tags by States in India 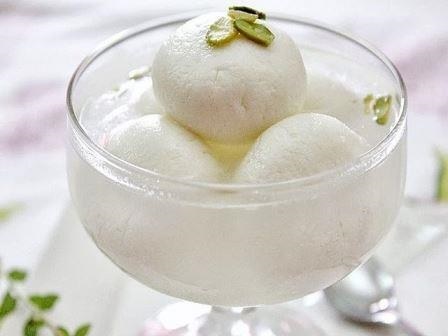 November 14, 2017 was an important day for West Bengal, as it marked the end of a long-standing legal battle between Odisha and West Bengal over a GI tag for the popular sweet ‘Rosogolla’. The dispute had ended on positive note for West Bengal, which including the Rosogolla, now possessed over 13 GI Tags. Recently, West Bengal announced that November 14 from 2018 onwards would be celebrated as the ‘World Rosogolla Day’, to commemorate the one-year anniversary of the largely political grant of the GI tag. The controversial grant raised a lot of questions regarding the Geographical Indication tag.

The Geographical Indication Tag, more popularly known as the GI tag was first pushed for at the WTO by the European Union in order to protect its regional products such as the Champagne, Scotch etc and grant monopoly for its trade in the international market. A GI has been defined under Article 22 (1) of the Trade Related Aspects of Intellectual Property Agreement as “Indications which identify a good as originating in the territory of a member, or a region or a locality in that territory, where a given quality, reputation or characteristic of the good is essentially attributable to its geographic origin. As a member of the WTO, India enacted its own Geographical Indications Act in 1999, which came into effect in 2003.

However, unlike the international scenario, GI Tags have turned into a ‘rat race’ between the states, which have to come to see Geographical Indications as a matter of pride and culture. Once received, the state is seen trying to capitalize the maximum out of these GI tags. The ‘World Rosogolla Day’ initiative of the West Bengal is just one such example.

The main problem in such commercialization is the threat it poses to the genuineness of the Geographical Indications granted. A hasty GI Registry may not look into all the necessary conditions, and hence products which may not have any value derived from the geographical area, or persons who are not truly representative of the community which originally produced the product may end up with a GI Tag. A real-life example of this is the ‘Rosogolla’ tag itself, which was granted to the West Bengal State Food Processing and Horticulture Development Corporation Limited (WSFPHDCL), which is neither involved in the manufacture and marketing of the product, nor did it represent the community which made it.

Further, such rampant commercialization would only increase such conflict between states, as states, seeing Geographical Indications as a purely commercial tag, may try to seize all opportunities to get these tags for themselves. This would only dilute the Indian GI Tag more. With the number of GI tags increasing year by year, the trend however seems to be indicating only more dilution.