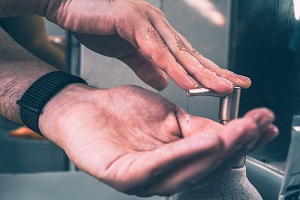 By Reetika Wadhwa and Nishtha Das

With the commotion being created due to sudden pandemic attributable to viral attack, considerable revenues are being diverted to the business entities engaged in manufacturing soaps, disinfectants, sanitizers, etc. which have become the tools to fight the battle of infection. Advertisements in such emergency circumstances play a very crucial role not only for the promotion of the product sales but also as a means to create awareness as well as communicate preventive and control measures to the general public.

Regulatory framework of Advertisements in India

The advertisements in India are regulated under provisions of the Code for Self-Regulation formulated by the Advertising Standards Council of India (hereinafter referred to as “ASCI”) which aims to ensure that the content which is being broadcasted adhere to fair and just legal practices.

It has been reported by the Indian Daily, The Indian Express that popular soap manufacturer Reckitt Benckiser (India) Pvt Ltd which owns the brand Dettol, amidst the Coronavirus outbreak broadcasted an advertisement which indicated that washing hands with soap cakes was an inefficient means to fight disease causing germs while their handwash offers better protection. In the legal proceedings initiated by the competitor, Hindustan Unilever Limited (HUL), manufacturing soap and related products under the brand name –‘ Lifebuoy’ before the High Court of Bombay, it was contended by HUL that the impugned advertisement advocated false claims and was in contravention to the guidelines issued by the World Health Organization which recommends the use of soap and water as an effective way to protect oneself from viral contact.

In view of the above, the aforesaid advertisement is no longer being broadcasted by Reckitt Benckiser (India) Pvt Ltd.

Hindustan Unilever Limited also drew the attention to the fact that recourse to products including alcohol-based sanitizers are recommended only when soap and water is not available.

In the commercial scenario where products of various brands compete with each other, advertisements serve as a means to maximize their business prospects by showcasing their quality and the facets included thereby creating an edge over the others. However, it is essential for the broadcasters to ensure that in their race to promote themselves they should neither disparage the goods of any third party or make any false claims.

Moreover, the advertisers and industries should also avoid broadcasting false claims or making claims without support of any evidence and research particularly amid this pandemic, wherein making false and misleading advertisements can also lead to health risks.