Brief facts of the Case 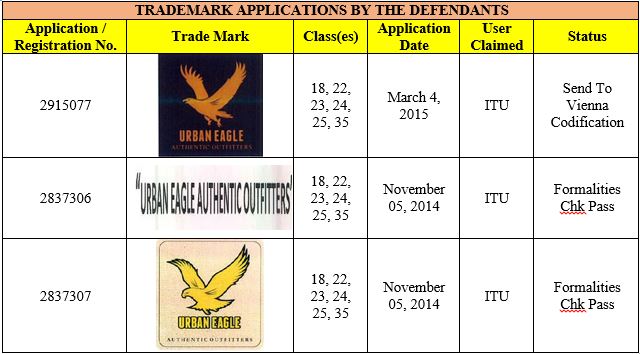 The High Court of Delhi, vide its order dated September 21, 2015, granted ex parte interim injunction against the Defendants stating that –

A registered trademark provides the exclusive rights to use a trademark against others, but only in the form in which it is applied and registered. In case of a composite trademark, which has various distinctive and non-distinctive elements, the right to take action against an infringer is limited to the extent that the distinctive part of the trademark is misused by the infringer. Therefore, the pertinent questions here are, what happens when a part of trademark is misused and how can the proprietor take action against the infringer.

Section 15 of the Trade Mark Act, 1999 covers the registration of parts of trademarks, where the trade mark consists of more than one feature, and for claiming exclusive right of all such features separately, one has to seek registration for each such part as a separate trademark which shall be examined independently to determine whether it can be registered or not.

The aforesaid view has also been taken by the Supreme Court of India in Registrar of Trade Marks v. Ashok Chandra Rakhit Ltd. AIR 1955 SC 558 which held that the proprietor cannot restrain others from either using any part or word independently or in combination with other words. However, if the proprietor acquires any right by long use of those parts or words in relation to his trade, he may claim exclusive right over the same and prevent exploitation of his mark.

The aforesaid Orders dated September 21 and September 23, 2015 can be accessed here and here respectively.