India: ‘Be U’ Bengaluru Becomes India’s First City to Have Its Own Logo 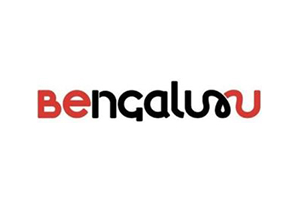 A city’s logo is a culmination of its identity, aspirations and everything that it represents. A logo, thereby, becomes a beacon via which tourists, travelers, and even citizens identify the city of their choice. However, such creative representation becomes and is the property of the city that creates it and thus becomes responsible to ensure the protection of such creativity and eventually, intellectual property. Hence, it becomes essential for the city’s authorities to ensure that they can exercise the right to use a representation of their home without it being misused by third party infringers. However, out of all cities in the world that do boast of logos, a fraction have sought to protect themselves by registering it!

Above: City Logos filed as trademarks/ protected from around the world

However, in most developing countries where, due to the proximity of manufacturing industries, there is an abundance of counterfeit markets, it is an absolute necessity to register trademarks in order to ensure that merchandising revenues find their way to the right coffers. Japan is a good example of the same, having filed and received a registration for its city logo in anticipation of the 2020 Olympics. Events of such magnitude cause a resurgence of counterfeit merchandize, as has been discussed with a case study below. As of 2017, the city of Bengaluru has joined the ranks of other well-known tourist destinations such as Singapore, London, and New York City and became the first Indian city to boast of a logo of its own. It was unveiled at the Nammo Bengaluru Habbo festival by Karnataka Tourism Minister Priyank Kharge. The logo in question is one that has been crowd sourced from over 1350 entries and reads “Be U,” which is a mix of typography in English and Kannada. The logo was designed by Nammur, a design start-up that won a contest and received a prize money of INR 5 lakhs. The idea of the logo is that it is meant to be easily pronounced, associated with everyone and be a representation of the kind of self-expression and acceptance that is associated with the city.

Coming with an option of colors (green, yellow and red), the logo is intended to further tourism and be replicated on all types of merchandise. The theory here is that a design that comes from the people is representative of the spirit of the city and thus putting it on souvenirs and merchandise that can be bought is a reminder of the city to everyone who visits it. The entire philosophy behind creation and city logos is centered around the creation of a brand that represents the city, its people and the values it stands for (Amsterdam’s I AM logo which was revamped as a reminder of the city’s culturally inclusive philosophies). Not only is this likely to boost the morale of the city, but will also create an industry around the licensing and manufacturing of t-shirts, mugs, and other city-specific memorabilia.

However, as are with all creations, all ideas instituted to bolster economies require protection from those who seek to benefit from their unauthorized usage. The creation of a distinctive logo and exclusive merchandise for the city also comes with a window of opportunity for counterfeit markets to take root and exploit the intellectual property of the city. Thereby, a Trademark of the logo accompanied by acquisition of the consequent merchandising rights is a must if one aims to boost the city and state’s tourism.

Registration of the trademark as exclusive property of the city is a given necessity. However, merchandising while using such registrations is an equally essential avenue that needs to be explored. Aside from being an effective tool to guard IP, it is also an invaluable marketing tool as it gives the merchandised goods’ owners the distinct feeling of belonging and ownership that the city aims to inspire. Similarly, it can also be licensed out to third party manufacturers for mass production of merchandise. Due to the novelty of city brand logos, the practice neither of its creation nor its IPR protection has been seen before. However, reference can be drawn from the Citywide Merchandise Licensing Program carried out by NYC & Company, which provides licensing rights for the City and its agencies. While allowing each of the individual agency the discretion of issuing its licensing rights to third parties, it ensured registration and crackdown of counterfeits across the city, leading to almost 600 cease and desist orders to vendors. This was all in response to an increasing culture of counterfeit goods that had been produced featuring the City’s agencies, specifically the New York City Police Department (NYPD) and the Fire Department of the City of New York (FDNY), due to their inconsistent licensing policies and lack of action against counterfeiters.

Here is a list of certain city departments, which are registered as trademarks with United States Patent and Trademark Office (USPTO)

However, in the same spectrum the government cannot endeavor or be allowed to gain the rights over every aspect of the city – especially a city that belongs to its people first. In a case where the Port Authority of New York and New Jersey (PA) took the souvenir shop Fishs Eddy to court for their representation of the New York Skyline and other signature landmarks of the city on their dinnerware, stating it “interferes with the Port Authority’s control of its own reputation” and may create an association with the 9/11 attacks. The authority dropped the matter a little while after, possibly understanding that legal action would have to be taken against the thousands of souvenir shops selling similar merchandise for their actions to prove successful.