India: Cabinet approves agreement between India and Philippines on co-operation and mutual assistance in custom matters 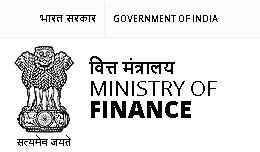 As per a notification issued by the Press Information Bureau dated November 22nd, 2017, the Indian Government spearheaded by Prime Minister Narendra Modi has agreed to sign and ratify an agreement with the Pilipino government dealing with co-operation and mutual assistance on custom matters between the two nations.

The Agreement will assist in a facilitation of relevant information between both nations to enable prevention of custom related offences. It is also expected to ensure efficient clearance of goods traded between both countries. The Agreement is due to come into force upon the fulfillment of the necessary legal stipulations as required by both the jurisdictions.

The Customs Act, 1962 prohibits the importation of any goods that infringes anyone’s registered intellectual property. As the administrative body that regulates the inflow of goods into the country, it becomes the ideal regulator for counterfeit products. This Agreement would provide a legal framework for sharing of information and intelligence between the Customs authorities of the two countries, which would not only assist in the proper application of Custom Laws, but would also extend to the prevention and investigation of Customs offences that may occur with regards to goods traded between both countries – specially in endeavors to protect Intellectual Property Rights. While the draft agreement has been finalized in concurrence with the custom laws of both the nations, it would assist in India’s customs concerns and requirements with respect to exchange of information and accuracy of customs value declarations, authenticity of certificates of origin, etc.

Importation of counterfeit goods adversely affect producers, consumers and are often excluded from the tax net. Under Section 11 of the Customs Act, the Central Government has the power to prohibit importation or exportation of goods that, inter alia, violate patents, trademarks, copyrights, designs and geographical indications. Currently, Notification No. 51/2010-Cus. (NT) issued under Section 11 of the Customs Act prohibits the import of goods intended for sale or use in India, that are in violation of specified provisions of the above parent IP statutes. The prohibition is subject to following conditions and procedures as specified in the Intellectual Property Rights (Imported Goods) Enforcement Rules, 2007 (hereinafter referred to as the IP Rules). Thus, these new regulations are most likely to benefit in the enforcement of said IP Rules.

Salient Features of the Enforcement Rules:

In a circular dated October 29, 2007, the Central Board of Excise & Customs under the Ministry of Finance, issued instructions to the relevant customs and excise authorities, for implementation of the Intellectual Property Rights (Imported Goods) Enforcement Rules, 2007, which now govern the protection of IP with regards to importation of counterfeit goods and the like. Deriving power from Section 11 of the Customs Act, 1951, the rules prevent the importation of any kind of goods that infringe upon the intellectual property of another.

As per the aforementioned legislature, right holders can record their registered trademarks with the Customs authorities. These guidelines also empower and authorize Custom officials to seize goods found to be infringing the trademarks of the registered rights holder at the border itself without obtaining any orders from the Court. These rules further empower the Custom officers to destroy such suspended goods under official supervision or dispose of them outside the normal channels of commerce after it has been determined that the goods detained have infringed the trademarks of the registered right holders as mentioned, provided that all legal proceedings have ended in relation to such determination. These rules also prohibit the re-exportation of the goods infringing trade marks in an unaltered state.

The Enforcement rules aim to implement a centralized, web enabled registration system, along with the establishment of IPR cells in each Custom House. The IPR Cell is given the responsibility of verifying the applications, completing web-enabled registration formalities and making correspondence with the Risk Management Division and other Customs formations, along with handling any instances where there exist the suspicion of a violation of IP Rights. The Legislation further provides for adequate measures for protection of the rightful importer, disposal of confiscated goods if need be and assurance of authority to the Customs in either case of a
bona fide or suo moto action in specific circumstances. They further furnish provisions for the filing of a notice by the right holder, registration of said notice by the customs along with a time limit for the right holders to join the proceedings.