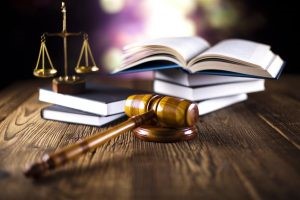 The advancement of both the understanding and significance of Intellectual Property Rights has led to a confusing era of overlapping IP protections and privileges. These overlaps have led to various debates on enhanced protection of IP under the various statutes protecting them. The intent of Order II Rule 2 of the Code of Civil Procedure (CPC) is important in understanding whether a multiplicity of suits can exist where the cause of action is distinct.

Recently, the Delhi High Court in the case of Greenlight Planet India Pvt Ltd. v. Gee Lighting Technology[1], held that passing off under the Design Act, 2000 is different from the suit of passing off for Trademarks, domain name and trade dress. Accordingly, the Court stated that Greenlight Planet India Pvt. Ltd, is entitled to institute a different suit.

One of the intrinsic issue that fell for consideration before the Court was whether the Plaintiff can institute different suits in passing off under the Designs Act, 2000?

The Plaintiff submitted that passing off is a continuous cause of action, thus, the Plaintiff has a right to initiate such proceeding against the Defendant till the time passing off continues.

The Defendant in their contention submitted the statute provides power to a certain act and prescribes a method that has to be followed, and states that it inevitably prohibits doing a certain act in any manner than what is prescribed. While relying upon catena of cases, the Defendant pointed out that the Plaintiff has relinquished to sue the Defendant for the infringement and passing off on the said trademark, domain name and trade name.