India: GST in the Publishing Industry 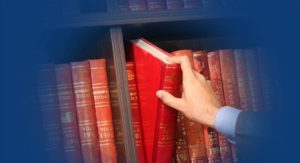 With the advent of modern day digitization, information is available around the world at the click of a button. Gone are the days when publishers had to bury themselves into extensive paper usage for thriving the competition. Knowledge is now afloat and almost every one with an electronic device can have access to it. However, the prevailing internet trend has somehow adversely affected the publishing and printing industry.  The demand for e-books has been flourishing while the publishing industry is inadequately surviving.

Goods and Service Tax (hereinafter referred to as ‘GST’) was brought into effect from July 1, 2017. GST is a comprehensive, multi-stage, destination based tax that is applied on each value additive stage of finishing the product. Under the GST regime tax is levied at every point of sale. GST has removed the cascading tax effect which was previously pertinent.

Effect of GST in the publishing and printing industry

As per the current tax status, no GST is applicable for all kinds of printed books. While it is a relaxation conferred upon the reader, publishers and printers are not exempt from it.

GST is applicable on different kinds of paper, paper pulp, carton boxes, glue and other products that are directly used for the production of books. The GST in this category ranges from 12% to 18%. Therefore, the applicable amount of GST has to be borne by the publisher and since there is no GST levied on printed books, the publisher is unable to recover the GST amount paid by him.

As with the older Value Added Tax, the GST also includes the concept of Input Tax Credits (hereinafter referred to as ‘ITC’). Put simply, this means that the seller of the final product has to pay GST at the prevailing rate, but can claim credits on all the GST already paid by his suppliers. In this scenario, the publisher would have been able to claim ITC on the GST paid its suppliers if at all GST was applicable on the books. However, since there is no GST on books, the question of claiming such credits does not arise. So, the publisher will find their costs increasing because of the GST paid by its suppliers, which amounts to 12% on both paper and printing.

The above arrangement can be better understood with the below illustration:

A publisher buys raw materials for printing of a book for Rs. 1000. He has to pay for the applicable GST on the raw materials i.e. 18%. Now, the cost for this raw material purchase becomes Rs.1180. When the book hits the shelves, it is priced at Rs. 1500 based on current market evaluation and inclusion of all costs. However, no GST is charged on the books. Thus, the additional amount of Rs.180 is left to be paid by the publisher and it becomes an additional cost for the publisher. This arrangement thereby disrupts the balance of indirect tax payment and increases the liability of the publisher.

Therefore, the publisher is left with no option rather than to increase the cost of the book to recover the amount paid by him

What is Input Tax Credit?

Uninterrupted and seamless chain of ITC is one of the key features of GST. ITC is a mechanism to avoid cascading of taxes. Cascading of taxes, in simple language, is ‘tax on tax’. Under the present system of taxation, credit of taxes being levied by Central Government is not available as set-off for payment of taxes levied by State Governments, and vice versa. One of the most important features of the GST system is that the entire supply chain would be subject to GST to be levied by Central and State Government concurrently. As the tax charged by the Central or the State Governments would be part of the same tax regime, credit of tax paid at every stage would be available as set-off for payment of tax at every subsequent stage.

Documents on the basis of which credit can be availed are:

However, as there is no GST on the category of printed books, the publisher is unable to provide document for claiming credits, i.e. a slip of acknowledgement that tax has been paid by the recipient of the book.

While addressing the media, Mr.Amit Bhargava, the director of Taxman, a leading publishing house quoted “Books are not taxable under GST, but we are at a disadvantage as we lose out on the input tax credit. Prices of books will increase by 15 percent to 20 percent”[2]

Mr. Subash Goel, Treasurer of Federation of Educational Publishers in India, also communicated to the media on the abovementioned topic of GST, “We believe that MRP of books could go up by 12-15 percent as costs of publishers have gone up under the GST regime. 12 percent GST imposed on author royalties will be through reverse charges so publishers will not be able to avail themselves of any input tax credit on this cost.”[3]

It is certainly ironic to note that even though books have been kept as ‘GST exempt’ their costs are increasing. Now, if GST is introduced on printed books, it will not only help the publisher to recover the costs but would also help to reduce the cost of the book.

Imposition of GST in the publishing industry can curb piracy

Piracy in the publishing industry is rampant all over the nation and if GST is imposed on printed books, it can be anticipated that it will be a defensive effort to control piracy. The entire mechanism of GST works on showing balance of credit. A person claiming credits under GST can only claim the same if his credits claimed match with the GST amount paid by the recipient.

For example, if a person claims an ITC of Rs. 1,000, the same amount should have been collectively paid by all such persons who buy the book and paid GST for the same. This is how the balance is sought to be maintained.

In the present scenario, GST is not applicable on printed books due to which the ITC becomes an additional burden on the publisher and can even lead to piracy to meet the costs.

If GST is made applicable on printed books, then it could solve two of the most crucial problems of the publishing industry, one being the additional cost of GST borne by the publisher and second being the excessive prevalence of piracy.

[1] Input Tax Credit Mechanism in GST, Chapter 19 by CBIC (Central Board of Indirect Taxes and Customs)

Legal Read for the Publishing Sector