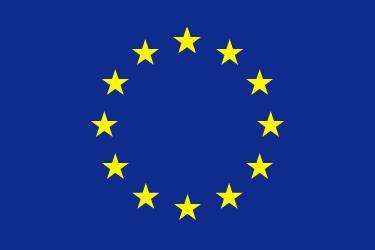 India is one of the largest suppliers of low cost generic medicines in the world. The use of generic medicines, in comparison with their branded counterparts, has the potential to substantially reduce out-of-pocket expenditure on drugs for chronic diseases like cancer. Friction between generic drug manufacturers and innovation companies typically arise when generic drug manufacturing companies initiate research using a patented product, to submit information to regulatory bodies like Drug Controller General of India, to seek approval for introducing a generic version of a patented product. Bayer vs Cipla case for development of generic drug “sorafenib” for patent product ‘Nexavar’ is a landmark case in this regard. Though the generic drug manufacturer is allowed to introduce the generic version subsequent to patent expiration, the research on patented drug is carried out when the patent is still in force. Several countries, including India, have provisions governing such research activities.

The Indian Patent Act, hereinafter referred as “Act” includes provisions that facilitate research and development using patented product/process without being liable for infringement. Such an exemption from patent infringement is known as Bolar Exemption. Section 107A (a) of the Act provides bolar provision as mentioned below:

107A. Certain acts not to be considered as infringement. – For the purpose of this Act,
(a) any act of making, constructing, using or selling or importing a patented invention solely for uses reasonably relating to the development and submission of information required under any law for the time being in force, in India, or in a country other than India, that regulates the manufacture, construction, use or sale of any product;…
shall not be considered as an infringement of patent rights.

The above provision is not limited to pharmaceutical products, but also extends to any product/process that may require regulatory approvals.

Médecins Sans Frontières (MSF) is a non-profit, self-governed organization providing emergency aid to people affected by armed conflict, epidemics and natural disasters, it includes distribution of affordable medicines like generic drugs to them. A recent move by the European Union (EU) to introduce an enforcement mechanism for IP rights has been criticized by the MSF in its recent 2018 letter to EU. Under the said enforcement mechanism, the court is empowered to grant ‘provisional injunction’ for infringement of patent. Further, the proposed provision also grants extraordinary right to the patent holder to draw everyone in the manufacturing and supply chain into litigation, if found suspected of patent violation, even without any actual proof of it. Furthermore, the scope of above said regulatory provision is so wide that it may even drag to the court the third-party procurers of generic drugs, such as MSF, that supplies affordable generic medicines to low income countries around the world. Hence, the said provision is vague and unethical.