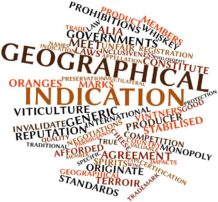 The ‘magic’ Boka Saul, a century old breakfast staple in Assam, recently got a Geographical Indication Tag. In 2016, a Nalbari based NGO Baishya’s Lotus Progressive Centre and Simanta Kalita of Centre for Environment Education (CEE), Guwahati, applied for a GI tag for the rice. Hemanta Baishya, founder-member of Lotus Progressive Centre (LPC), was quoted telling a newspaper daily, that ‘Our years of hard work have finally paid off. The main aim with which we applied for the GI tag was to ensure the well-being of farmers that are dependent on this particular variety of rice. Farmers, who up till now were just growing it for themselves, will now be able to grow it for a wider audience. The Boka rice, we hope, will become a commercially-viable crop,’[1]

Boka Sauk or the ‘Magic Mud Rice’ as it is popularly known, is a paddy variety grown in parts of lower Assam i.e., Nalbari, Barpeta, Goalpara, Kamrup, Darrang, Dhubri, Chirang, Bongaiagoan, Kokrajhar and Baksa. It is sown in the month of June and harvested in December also known as ‘Xaali’ season locally. The consumption tradition of the rice dates back to 17th Century, when Boak Saul was consumed by the Ahom soldiers while they were fighting against the vast Mughal army.

Its specialty lies it the fact that it is a unique ‘zero fuel’ rice variety. Hemanta Baishya, founder-Member of Lotus Progressive Centre, in an interview said ‘Boka saul requires zero fuel. The rice does not need to be cooked’[2]. All that is needed to be done is soaking the rice in cold water for about an hour to swell and its ready to eat. According to a study by the Guwahati University’s Biotechnology Department, Boka Saul has 10.73 per cent fibre content and 6.8 per cent protein. The rice is highly nutritious, and it also cools down the body. Simanta Kalita of Centre for Environment Education (CEE), Guwahati told The Indian Express, ‘During floods, this is a great emergency food for obvious reasons. Going ahead, we hope the government will consider it for its relief programme.[3]’