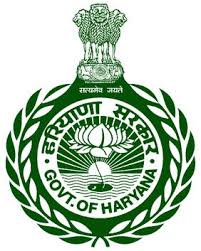 Recently, the Haryana Government, vide its notification dated August 17, 2017 has provided a long list of compliances and statutory obligations which are to be adhered to by employers, if they wish to employ women for night shifts.

“It is of the very nature of a free society to advance in its standards of what is deemed reasonable and right. Representing as it does a living principle, due process is not confined within a permanent catalogue of what may at a given time be deemed the limits or the essentials of fundamental rights.”[1]

Whether or not women should be allowed to work through night shifts is more of a social question, and in India, with a touch of morality – a moral one too. But with various High Courts such as those of Madras[2] , Andhra Pradesh[3] , Gujrat[4] , Karnataka[5] , all giving an approval nod to employment of women in night shifts, we take it upon ourselves to analyse the aspect from a legal-standpoint.

It happens more than often, the law works as an excellent tool towards removing the ambiguity induced by social ‘ethics’ and moral ‘values’ in society. It harnesses the subjectivity caused due to the two sides of moral view points! A successful legislation is the one where the laws are modified to keep them in pace and at par with the social dynamism of the society. A law behind the societal standards can only diminish to redundancy. Considering the year (1948) that suffixes the Factories Act, it is clear that such an important social legislation should undergo metamorphosis according to the needs of the society. We believe the Haryana Government’s notification could not have come at a more appropriate time, when women are taking non-discriminatory treatment at workplaces with utmost seriousness.

During 1919, the ILO conventions completely prohibited women workers and employees from working on night shifts except in case of unforeseeable force majeure events. However, according to the International Labour Organizations’ 89th Convention, Article 5-1[6] state that

5.1 “The prohibition of night work for women may be suspended by the Government, after consultation with the employers’ and workers’ organisations concerned, when in case of serious emergency, the national interest demands it:

5.2. Such suspension shall be notified by the Government concerned to the Director-General of the International Labour Office in its annual report on the application of the convention.”

As of now, there are less than 20 countries that do not prohibit women from working at night shifts. In some countries this is not a new situation, in others, such as Barbados, Canada, Guyana, Ireland, Israel, New Zealand, Spain and Surinam, laws prohibiting night work by women workers have been repealed, mostly over the last ten years.

Upon collective perusal of the various cases of the various High Courts[7] , it is clear that the constitutionality of Section 66 of the Factories Act, 1948 has been challenged owing to the perceptions that there is no intelligible differentia for the classification of women, as provided under the Section and prohibition mandated thereof and that there is no rational nexus between such classification and object the law seeks to achieve.

In all the above referred High Court judgements, the validity of Section 66 of the Factories Act, 1948 was challenged for being violative of the fundamental rights enumerated under Articles 14, 15, 19 and 21 of the Constitution of India. Basing its orders upon the detailed observations made by the Hon’ble Madras High Court in Case No. W.P.4604-06 of 1999 and in other matters, the Haryana Government, playing the role of a solemn executor of the Court’s mandate, released a notification allowing women to work in night shifts.

Notification by the State Government of Haryana:

Vide this notification the State Government of Haryana has allowed the employment of women workers in the factories during night shifts i.e. from 07.00 P.M. to 06.00 A.M. The Notification stated that the Hon’ble High Court in this judgment has also laid down certain conditions for employing women in night shift in respect of their security and safety, now the said provision will not create any obstruction to the working of women in the factories during night shifts.

Any factory in the State, registered under the Factories Act,
1948 may apply for this exemption, which would be valid for a
year from the date of its publication.

Out of the 25 different compliances required to be adhered by the employer, under the notification, the major ones are discussed below:

One would observe that the compliances under the said notification are extremely detailed and a commendable effort on the part of the legislature to balance gender equality vis a vis women’s safety. “Corporately speaking”, even though the country is putting up an aggressive effort to ensure the men and women are equal in all walks of life, for factories and corporations where production targets govern every rupee spent, to achieve such infrastructural standards seems a little difficult.

Morally wondering, if so many number of compliances are required just to ensure that women can work at night shifts, then a very dark question stands in our faces- Is women’s safety at work places a matter of statutory obligation of industries or a genuine moral duty of each citizen?

[5] International Convention on Night Work of Women employed in Industry (Revised 1948) Convention No. 89