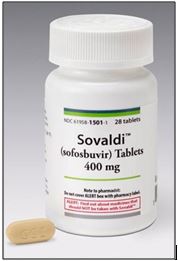 We had previously reported in our newsletter Vol. VII, Issues 06 and 10 dated February 09, 2015 and March 09, 2015 respectively that Gilead’s patent application for hepatitis C drug,Sovaldi was opposed by NATCO Pharma Ltd. (an Indian Generic drug manufacturing company), Delhi Network of Positive People (DNP+) and Initiative for Medicines, Access & Knowledge (I-MAK), and the said patent application was rejected by the Indian Patent Office on January 13, 2015. However, Gilead filed a writ petition against the same and the order was set aside by the Hon’ble Delhi High Court on January 30, 2015. (Click

Later, Gilead Sciences entered into a non-exclusive licensing agreement with NATCO Pharma Limited, allowing NATCO to manufacture and sell generic versions of its chronic hepatitis C medicines in 91 developing countries. (Clickhere to access the news reported by us)

Now, Initiative for Medicines, Access & Knowledge (I-MAK) has released a statement on May 20, 2015 that it has challenged Gilead’s patent application for hepatitis C medicine, Sovaldi (sofosbuvir) in China and also worked with its partners, Fundación Grupo Efecto Positivo (Fundación GEP) of Argentina, Grupo de Trabalho sobre Propriedade Intelectual (GTPI) of Brazil, Treatment Preparedness Coalition of Russia and the All-Ukrainian Network of People Living with HIV/AIDS of Ukraine, details of the same are given below: 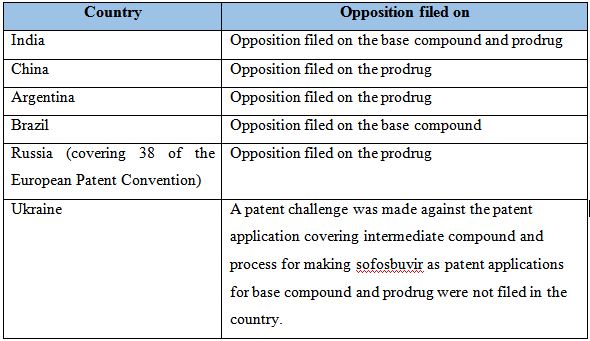 These countries together account for about 30-40% hepatitis C patents in the world and were excluded from the list of countries where NATCO could sell its generic version of the medicine.

I-MAK reasoned that- if Gilead is awarded unjustified patents in the aforesaid countries, based on the likely prices that will be set for these countries, they could be faced with an overspend of US$270 billion to treat all people with hepatitis C. Click here to access I-MAK’s statement