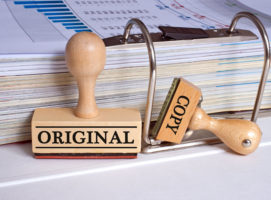 The menace of counterfeiting has been penetrating in every nook and corner of India and causing loss of revenue to brand owners and the Government of India on a large scale. Apart from adversely affecting an entity economically on account of trademark infringement, many a times counterfeit goods also lead to serious outcome. Herein we illustrate a recent case, wherein the Court while noting the critical nature of counterfeiting in the case, imposed exemplary damages on the defendant.

Here it would be relevant to mention that the Judiciary  many a times adopt a strict course of action and also impose hefty penalty on the counterfeiter/ infringer.

In this context, we can refer to a recent case of Nippon Steel & Sumitomo Metal Corporation vs Kishor D Jain & Anr, wherein the High Court of Bombay imposed a penalty of Rs. 5 crores on the defendants. The Court in the case while imposing the whopping penalty succinctly remarked that the present case is the quintessential illustration of the extent to which a few unscrupulous persons, such as the present Defendants, can go, in order to make a quick buck.

The Hon’ble High Court also noted that during the proceedings of the case, the Defendants also admitted of affixing the Plaintiff’s logos / marks upon the spurious pipes being supplied by them to others. The High Court was thus of the opinion that the activities of the Defendants were of a serious and criminal nature.

The High Court in the case while noting the serious nature of crime i.e. supplying spurious carbon pipes observed that these pipes are always installed in sensitive areas. If these spurious pipes do not meet the standards and quality as the original pipes or that the specifications provided on the fabricated certificates are incorrect and not as per requirements; in such circumstances, in all likelihood there are bound to be disastrous consequences.

While condemning the activities of the defendants in the case, the Court while imposing an exemplary damage of Rs. 5 crores remarked in the case that though no amount of costs can justify the acts of the Defendants, I think costs of Rs. Rs.5,00,00,000/- (Rupees Five Crores Only) shall certainly act as a deterrent factor not only to these Defendants but also to the other unscrupulous parties/entities.

In the instant case, it can be seen that the defendant’s act of selling counterfeit carbon pipes i.e. false application of a trademark led to a negative impact on the reputation of the plaintiff globally. Hence, the court resorted to strict penalties in order to set a deterrent for anyone who tries to falsify a trademark in the future.

CAUSE & EFFECT: COUNTERFEITING IN THE COSMETIC INDUSTRY

India: The issue of Identifying Counterfeit Goods Online: Flipkart been sued by Skechers for Selling Fakes