Internet of Things (IoT) and Intellectual Property– The Interconnect 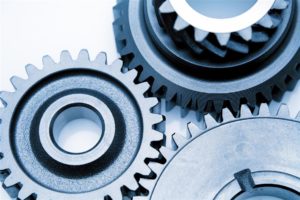 By Harshad Karadbhajne and Shubham Raj

It has been predicted that by the year 2025, approximately 80 billion devices will be connected making an estimated economic impact of about $3.9 trillion to $11.1 trillion per year[1]. With IoT said to be the next big thing, companies are spending huge amounts of money in the development of their versions of IoT to cash-in on the growing market trend.

The Internet of Things (IoT) is the use of sensors and other communication technology embedded into physical devices which enables such devices to collect and exchange data, track and controlled over the internet.[2] This integration of the physical device into computer based system improves the efficiency and accuracy and reduces human intervention.[3]

The inter connectivity of the virtual world with reality, even though at its nascent stage, has shown dynamic improvements in the efficiency of carrying out day-to-day activities. With its implementation in various industries such as agriculture for yield production, healthcare for wearables, logistics for real-time tracking, automobile for self-driving vehicles, businesses for improving work quality, etc.[4] it can be inferred that its application is only limited to one’s imagination. Further, the data collected (such as customer preferences and interests, limitations of the previous build, etc.) is used to create newer, advanced, unique and customer centric products, which generates additional revenue for the businesses. Recently, with the advent of the concept of smart cities such as Barcelona, Amsterdam, etc. and the Government of India’s plan on developing smart cities, the scope of this technology has all the more widened.

In such a humongous and lucrative market, a company’s intellectual property is its biggest asset. A strong IP strategy and portfolio management enables the company to derive the most out of its invention and also maintain its market dominance.

What is the role of IP in IoT?

Companies such as Dell, Qualcomm, Google and even Rolls Royce have spent enormous amounts of money towards IoT. The International Data Corporation (IDC) has predicted a worldwide spending on IoT to reach $745 billion by the end of year 2019.[5] The numbers shows the potential growth revenues of this market and the seriousness of IP in the regard.

There has been a tremendous increase in the number of patent filings by tech giants in the field of IoT. In order for IoT and its interoperability to function to its optimum level, the devices need to be able to communicate with each other using a standardized technology. However, the patenting of this standardized technology will affect the competition in the market and hamper the growth of the IoT industry as a whole. This is due to the fact that any party using the standardized technology patented by one will infringe the patent of the former. Further, there is also a risk of rise in patent trolls.[6] Therefore, declaration of such patents as standard essential patents (SEPs) and licensing of the same to third parties on FRAND (fair, reasonable and non-discriminatory) terms appears to be a fair proposition.

Software per se is not protected under the Patent laws in India i.e. the source code cannot be protected. However, this restriction is limited to computer programs and not to products, devices or processes operated by the software.

Therefore, it is possible to protect the same when the software of the IoT is embedded as a software coupled with hardware combination, under the category of computer related inventions (CRIs). However, the said software (not the hardware) must qualify the general patentability criteria of novelty, inventive step and industrial applicability.

Certain elements of computer programs can be protected by copyright as long as they are original. The code language in which the computer program is written, the graphical user interface (GUI) and the data collected or generated by the device are all copyrightable.[7]

Although it is safe to say that copyright shall vest in the data collected by these IoT incorporated devices, however, it is difficult to ascertain the owner of such data. In a scenario where two interconnected devices of two different companies collect data about the user of the devices, the dispute that arises is who would be owner of this data. In the absence of an interoperability or inter connectivity agreement between the parties (a more likely scenario), the determination of ownership of this data is likely to raise several legal questions. Further, it can also be contended that the owner of the device should be the owner of this data. In a futuristic scenario where several interconnected devices of various companies collect data, the complexity would be higher and far reaching. Therefore, it will be interesting to see how Indian Courts recognize and opine regarding this issue.

In today’s world, the look and feel of a product is as important as its functionality. Although, in the IoT industry the success rate is primarily dependent on its functionality[8], the consumer trends show that customers preferred one product over the other due to its appearance and not just its functionality. Therefore, it is important for an IoT developer go beyond the functionality aspect and create an appealing design as well. In view thereof, the protection of this design is of prime importance as any third-party can create a replica and reap the benefits or harm the reputation and goodwill.

Amidst the laws of data, consumer protection, patents, copyright, designs, etc., the trademark law gets side-tracked in IoT. However, it is equally important to protect the brand name of their IoT in order to prevent infringers from gaining profits by embossing the same on infringing products.

What other legal repercussions does IOT have?

Data, the most valuable resource replacing oil, in hands of these companies which create a digital profile of a person such as likes, dislikes, in and out timings, temperature preferences, health, etc. will undoubtedly help in transforming our daily lives, however, this comes with a catch that this data will be communicated between the devices and result in transfer of confidential and personal data which will give rise to privacy breach. Further, the management of this data is questionable as this data might not necessarily be used only for the purpose intended. One prime example of misuse of this data would be targeted advertising. Therefore, it will be very important for a company to address these privacy and security issues before launching the product in the market. Further, it will pertinent to note how data privacy and security laws evolve proportionally in order to ensure smoother functioning of the industry well within the legal system.

With IoT being the next big thing, companies are constantly endeavoring to ensure that they make the most of this lucrative market. IP laws though less archaic are yet to establish certain laws and principles which will aid in governance over IoT technology. The patenting of this technology will give rise to expensive litigations between various related entities in licensing and cross-licensing disputes. The protection of rights and interoperability of IoT appears to be the biggest legal as well as technological challenge.  Further, huge amounts of data and its transfer and communication makes it susceptible to various security risks such as cyber-terrorism, blackmail & bullying etc. In an effort to curb this from happening, the companies will have to develop technologies in data handing and its communication and deploy all necessary security measures to protect the users of this technology from any possible negative impact. Keeping in mind the enormous potential of this market and the consequent legal hurdles, laws regarding the same should be resolved well within time. It will be interesting to see the developments as to how the legislature, policy makers, investors and other related entities formulate the laws and regulations to ensure seamless utilization of the IoT technology.

Patent trolls is a derogated methodology wherein patent infringement claims are filed only for profit or to suppress competition in the market. The dominant party attempts to enforce its patent rights over far reaching prior art products over the weaker party.