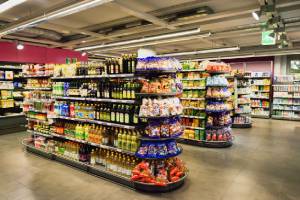 The Central Consumer Protection Authority (“CCPA”), on January 20, 2021 has issued an advisory regarding misleading advertisements that has been introduced in the newly enacted Consumer Protection Act (‘Act’), 2019. The sole purpose of the enforcement of the Act is to focus on matters concerning the rights of the consumers, not only in terms of pricing and/or quality but also in terms of the knowledge of the consumer about the product.

The CCPA has observed that numerous manufacturers/commercial establishments have been involved in the practice of misleading advertisements. As per the CCPA such players have released misleading advertisements through the medium of print and electronic media with the sole reason to promote and boost consumer products, claiming that ‘it boosts immunity’, ‘kills 99.99% germ’, virus killing’, etc., without corroborating the same with any scientific credibility, taking an advantage of the unfortunate pandemic.

Also read Rise in False and Misleading Advertisements amid COVID-19

The CCPA gave emphasis to Section 2 (28) of the Act, which reads as follows:

Section 2 (28) – “misleading advertisement” in relation to any product or service, means an advertisement, which –

In order to tackle the issue of misleading advertisement, the CCPA has set out the punishment of the offense under Section 89 of the Act that includes both imprisonment and fine. It has been claimed by the CCPA that “anyone violating Section 2 (28) will be liable to be proceeded against as per the provisions of Section 89 of the Act, with imprisonment for a term which may extend to two years and with fine which may extend to ten lakh rupees”.

Misleading ads have been on the rise in the past few decades in almost all sectors. The Judiciary has innumerable times been confronted with issues of misleading ads. The current whip on the advertisers was the need of the hour as advertisers have taken undue advantage of the vulnerable situation in the wake of pandemic and tried to lure consumers by false, incredible and baseless claims.