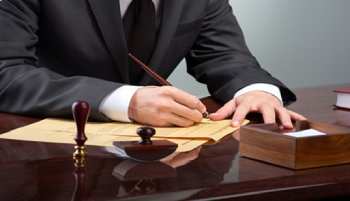 This is an attempt to synergize the linkages with the industry to enable effortless procurement from production units and to fix the information gaps. The NBM states are documenting all the production units to better assess the support that can be provided for ‘Vocal for Local’ and ‘Make for the World’ as there are cross borders demands for Indian agarbatti.

Traditionally, the agarbatti sector provided large scale employment to the local workers. However with the ingress of cheap imports of round sticks and raw batti and various other factors the employment sector dwindle.

In 2019 a comprehensive study was carried out by NBM following which policy measures were taken by the Government to move raw batti imports from free to restricted category in August 2018 and to increase the import duty on round stick. This measure came as a boost to the domestic units.

NBM was initially started as a Centrally Sponsored Scheme in 2006-07.The mission was later subsumed under Mission for Integrated Development of Horticulture (MIDH) during 2014-15 and continued till 2015-16. The restructured NBM was launched in 2018-19 by the Ministry of Agriculture and Farmers Welfare[2].

Objectives of the National Bamboo Mission

Key features of the mission

Indian Bamboo products has huge potential in the domestic as well as international market with the use of latest tech and modern processes. With the aid of technical agencies, NBM is streamlining its plan to enhance domestic industrial activities thereby augmenting the farmer’s income.

NBM is also advising the States to provide quality planting material to farmers to enable them to carry out plantations of species of commercial value. The States are also advised to set up common facility centres and other post harvest units to cater to the requirements of both existing and new industries.

NBM, Ministry of Small and Medium Enterprises (MSME), Khadi and Village Industries Commission (KVIC) schemes as well as States are working closely with industry partners to provide focused support to make India Atma Nirbhar in the agarbatti sector. There focus is to create a win-win situation for both farmers and Indian bamboo industry by bringing back livelihoods for the local workforce and at the same time modernizing the industrial sector.