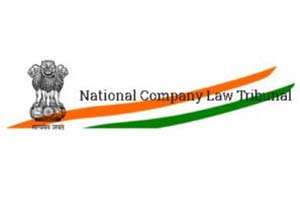 The law: Section 248 of the Companies Act, 2013 (hereinafter referred to as “the Act”) provides for reasons as to when the Registrar of Companies (hereinafter referred to as “RoC”) can strike off a company’s name from its register. Upon prudent perusal of the Section it is observed that the RoC has such striking-off powers when the company fails to file its Annual Returns and Statements as required by the Act. The Company (Removal of name from the RoC) Rules, 2016 provide for the manner for striking off. A party aggrieved by the decision of the RoC can appeal under the provisions of Section 252 of the Act for setting aside the action taken by the RoC.

In the case of Ms. Rashmi Rajpal v. Klienz Herbal (P.) Ltd and RoC[1] Hyderabad an application was filed by the Applicants (Ms. Rashmi Rajpal) for restoring the name of a company which was struck off by the ROC, Hyderabad (hereinafter referred to as the “Respondent”). The facts of the case are such that Klienz Herbal (P.) Ltd. did not file its annual returns since the years 2011 to the year 2016 and hence was served with a notice for non-filing of Annual Returns under Section 248 (1), (4), (5) of the Companies Act, 2013. It was observed that the company has successfully carrying on its business and conducting its Annual General Meetings regularly. It was observed that the Company and its Board were under the impression that they can file the Annual Returns and financial statements for 2011 -2016 by payment of additional fees under Section 92 of the Companies Act, 2013. The Applicant prayed that Company is operational and existing, accounts are operational, auditors have claimed that they have adopted significant accounting polices while composing balance sheets etc. Applicant assured that it shall file all the returns pertaining to 5 Financial Years. The Applicant cited the case of
Purushottamdass & Anr. v. Registrar of Companies, Maharashtra [2], wherein Section 560 of the Act was discussed. Section 560 (6) gives the Company and its personnel another opportunity for revival of struck off companies.

The Respondent asserted that the Applicant be granted leave only subject to future compliances.
Further, the Tribunal also observed that before striking off the name of the Company, according to the provisions of Section 248 (6) is required to satisfy itself that sufficient provisions have been made for realization of all amounts due to the Company and discharge of its dues and liabilities. Therefore, in interest of the Company’s business and its employees and customers, the case was considered in favor of the Company.

As per Section 252 (3) of the Companies Act, 2013, in case of an application made for restoration of the company name the Tribunal is required to inspect whether the company is carrying on its business/ operations and it is otherwise just to restore such name. The Tribunal decided to take a liberal view of the matter, since the company had bona fide come ahead and filed all the necessary documentation along with the additional fees in accordance with the law. Also, the impugned order would, it was observed, not serve to be in the best interests of a fully functional company and its employees and consumers. While taking this liberal approach, the Tribunal on the other hand also observed that the action taken by the RoC was strictly in accordance with the law. Hence, while issuing directions to the RoC, Hyderabad to ensure that the company name is restored along with the activated DINs, the Tribunal also ordered that this Order shall not be construed as a restraint on the power conferred on the RoCs from striking off a company’s name in accordance with Section 248.

This simple yet truly wise order brings to light a very important cross-section of literal and liberal rules of interpretation. While acknowledging that the action of RoC was strictly in accordance with law and was not at any point arbitrary or outside the purview of powers granted by the legislation, the Tribunal also observed that it is important to rule liberally so in the interests of the bona fide applicant and allow the application. The concise yet wise order of the Tribunal is appreciable.