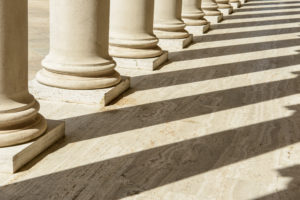 Over the years, much controversy roamed around the provisions and remedies to challenge the order passed by the Controller General of Patents, in a pre-grant opposition under the Patents Act, 1970, as amended from time to time.

Under the Amendment Act of 2005, right to appeal was only given to sub-clause (4) of Section 25, as it stood then. Furthermore, some sections of this Amendment were brought into effect on January 01, 2005 itself. However, the amended Section 116 and 117A were brought into force on April 02, 2007.

Discussion in this article is limited to the provisions and remedies to challenge the order passed by the Controller under Section 25 (1) of the Act in pre-grant opposition proceedings.

Chapter XIX Section 117A of the Act deals with ‘Appeals to the Appellate Board’, which now stands replaced with ‘Appeals to the High Court’ by virtue of the Tribunals Reforms (Rationalization and Conditions of Service) Ordinance, 2021, published in the Gazette of India dated April 4, 2021, which abolished the Intellectual Property Appellate Board (IPAB). By a subsequent notification, it is clarified that IPAB is abolished with effect from April 04, 2021 itself.

Sub Section (1) of Section 117A of the Act starts with an exclusion clause that ‘Save as otherwise expressly provided in sub-section (2), no appeal shall lie from any decision, order or direction made or issued under this Act by the Central Government, or from any act or order of the Controller for the purpose of giving effect to any such decision, order or direction.’

Therefore, a plain reading of Section 117A (2) would imply that order passed by the Controller under section 25(1) is not appealable. Section 117A (1) imposes a bar on filing of such appeal from an order of the Controller, which is not expressly provided under sub-section (2).

In the first situation, one remedy could be to challenge the order passed by the Controller before the IPAB (substituted by High Court), treating it to be an order passed under Section 15 of the Act, however that is only for the Inventor/Applicant. Another remedy would be by the aggrieved party, to invoke the jurisdictions of Hon’ble High Court under Articles 226 of the Constitution of India. However, the Courts have interpreted this differently.

A Division Bench of the Hon’ble Bombay High Court in Glochem Industries Ltd vs Cadila Healthcare Ltd. in Writ Petition No. 1605/2009, while hearing a writ petition under Article 226 of the Constitution, against the rejection of Pre-Grant Opposition filed by an interested person, had considered the arguments of the Respondent that a writ petition is not maintainable when an efficacious remedy is available to the petitioner to file a Post-Grant Opposition under Section 25(2) as well as revocation of patent under 64 of the Act. Third remedy which could be available to the petitioner is to file a counter-claim u/s 104 of the Act, in the infringement suit, which may be filed by the Respondent (patentee). The Hon’ble Division Bench took the view that having above remedies by itself can be no basis to non-suit the Petitioners, if the Petitioners were right in their grievance that the authority has committed manifest or jurisdictional error while considering the representation by way of opposition or for that matter decided the objections on palpable misreading and misapplication of the relevant provisions of law. It is a matter of prudence and discretion as to whether the Court should entertain the writ petition or not. The Hon’ble Court held that ‘in the facts of the present case, we think that it would not be proper to non-suit the Petitioners at the threshold on this count.’

(a) Rejection of a Pre-Grant Opposition by a ‘Person interested’:

So far as opposition by an interested person is concerned, relying upon the judgement passed by Hon’ble Supreme Court in J. Mitra & Company v. Assistant Controller of Patents & Designs (2008) 10 SCC 368, the Hon’ble High Court was of the view that the statutory remedy against rejection of a Pre-Grant opposition under Section 25(1), is to file a Post-Grant opposition under Section 25(2) or revocation under Section 64 of the Act, so far as the person is able to prove that he is an ‘interested person’. If he is still aggrieved with the order of the Controller, he can file an appeal to the IPAB under Section 117A (2) of the Act. Therefore, when an efficacious alternative statutory remedy is existing, the High Court should not entertain the writ petition.L

(b) Rejection of a Pre-Grant Opposition by ‘a third party’:

With regard to rejection of a Pre-Grant opposition by a third party, the Hon’ble High Court was of the view that by way of amendment in the Act, the legislature appears to have consciously denied to a third party a further statutory remedy of a Post-Grant opposition in the event of such third party not succeeding in the Pre-Grant stage to prevent the grant of patent. However, since there was no challenge to the constitutional validity of the re-cast Section 25 by any third party in the said batch of writ petitions, the Hon’ble High Court left the said issue open. With regard to the maintainability of a writ petition under Article 226 of the Constitution, by such third party against the Controller’s order rejecting the opposition, the Hon’ble Court took the view that ‘the power under Article 226 of the Constitution is wide and can be exercised on the facts and circumstances of a given case where it appears to this Court that there is no other efficacious remedy available or that the interests of justice require this Court to interfere.’ Therefore, a writ petition under Article 226 is maintainable by a third party against the rejection of its Pre-Grant Opposition.

(c) Acceptance of Pre-Grant Opposition filed by anyone and refusal of patent application:

The Division Bench of the Madras High Court in the case of Yahoo! Inc. vs. Intellectual Property Appellate Board W.P. (C) No. 4462 of 2010, heard a writ petition filed by Yahoo! Inc. under Article 226, challenging the order passed by the IPAB, rejecting the maintainability of an appeal filed under Section 117A of the Act, against the order of the Controller allowing a pre-grant Opposition filed by Rediff.com, thereby refusing a patent application. Two important aspects were answered by the Hon’ble High Court; one was that it is an established principle of law that an appeal is a continuation of the proceedings. If an appeal is in continuation, then the parties to the original proceedings will have to take their litigation to the Appellate Forum. Rediff.com has acquired an accrued right in pursuant to the impugned order of the Controller. In as much as the order of the Controller is based upon the opposition of Rediff.com, it is a proper and necessary party to the appeal. Further, following the principle of Natural Justice, Rediff.com being responsible for the order passed by the Controller, is entitled to be heard in law. When an order is passed behind the back of a person whose presence is a necessity, it has got civil consequences. If the appeal is allowed, then such an order would be a nullity against him in the eye of law.

Another important aspect was the scope of Section 117A (2), which the Hon’ble Court held that a cumulative and conjoint would show that an order passed under Section 25 (1) read with Rule 55 of the Patent Rules, 2003, is an order of adjudication after considering the materials and other evidence produced by both the applicant and the opposition. Therefore a decision made under Section 25(1) of the Act read with Rule 55 will have to be read into and to be made relatable to Section 15 of the Act. Hence in as much as the decision made under Section 25(1) read with Rule 55 of the Patents Act, 2003 is in the nature of an adjudication, such an order which is relatable to Section 15 is appealable by treating the same as one under the said section. The Hon’ble Court took the view that Section 25(1) of the Act specifically states that the Controller shall dispose of the representation as per Rule 55 of the Patents Rules, 2003. Therefore, the said Section mandates that the Controller will have to assume the role of an adjudicator. The statute gives remedy for the applicant for a patent by filing an appeal at the pre-grant stage. When such an appeal is provided for a procedural error committed by the Controller it cannot be said that the legislature has not thought fit to provide for an appeal against the order on merits after hearing the opposition.