Patent process in India to got streamlined 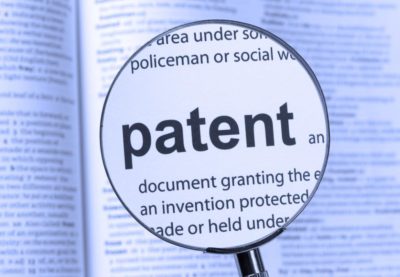 Indian Patent Process to be Streamlined – Need of the Hour !!

In a recent interview with the Minister of State for Commerce and Industry, CR Chaudhary, clarified that approximately 2.32 lakh patent applications are still pending with the Indian Patent Office

In an attempt to improve transparency and cut down delays in examination of copyright applications, the Copyright Office through a public notice dated January 12, 2018, stated that it would be publishing orders and hearing notice issued in relation to applications filed for registration of Copyright

Patiala House Court refrains Flipkart Pvt. Ltd. from using the mark ‘MARQ’ after Delhi-based large appliance manufacturer Marc Enterprises approached the Court alleging that it is in violation of its trademark ‘MARC’. It comes as huge blow to Flipkart as the company was planning to expand its range of products under the mark “MARQ” to about eight categories.

Under the aegis of Chhattisgarh Council of Science & Technology, a Patent Facilitation Centre has been recently established in the capital city of Raipur. The center had been established to assist researchers of educational and industrial institutions of the State to apply for Patents for their novel and innovative research outcomes,

Indian Patent Process to be Streamlined – Need of the Hour !!

In a recent interview with the Minister of State for Commerce and Industry, Shri CR Chaudhary, clarified that approximately 2.32 lakh patent applications are still pending with the Indian Patent Office.

It was affirmed that the pendency of such large number of patent applications is primarily due to shortage of technical manpower with the IPO.

He further added that while overcoming the pendency, several prominent measures have been taken to streamline the patent process in India and make it more user friendly.

As recently as late last year, the Controller General of Patents, Designs and Trade Marks (CGPDTM) also started a SMS alert facility for the applicants and patent agents in respect of patent applications, wherein they will be receiving alerts notifying them of the progress of the applications at various stages of processing. The CGPDTM, under the Ministry of Commerce and Industry, said the alerts will also inform the applicants about timelines and deficiencies which may lead to refusal or abandonment of application.

However, in order to avail the aforesaid facility, applicants and agents are requested to update their mobile numbers in the address for service for applications. For more details about the Official Press Release click here.

In an attempt to improve transparency and cut down delays in examination of copyright applications, the Copyright Office through a public notice dated January 12, 2018, stated that it would be publishing orders and hearing notice issued in relation to applications filed for registration of Copyright.

As per Rule 70 (12) of the Copyright Rules, 2013, the Registrar of Copyright shall give an opportunity of hearing before rejecting any application filed for registration of any work.

The public notice dated December 04, 2017 can be accessed here.

The Hon’ble Delhi High Court in Ferrero Rocher SPA & Anr. v. Piyush Devangan & Anr. [1], vide judgement dated January 22, 2018 granted an ex-parte permanent injunction and decreed the suit in favour of Ferrero Rocher for infringement of its trade dress. Allegedly, the Defendants were manufacturing and selling look a likes of the Plaintiff’s Ferrero Rocher chocolate specialties under the mark/name ‘D-Lizie’ and/or any other goods under the trade dress which is deceptively similar to that of the Plaintiff

The Plaintiff, through its counsel, contended that the Defendants were infringing its registered trade mark and its trade dress and made the following submissions:

A comparison chart of the rival packaging/trade dress is reproduced herein below:

Ferrero Rocher in order to protect its rights over its mark and trade dress, took to court, the Defendants Piyush Devangan & Anr, for infringement of not only its trademark registration but also trade dress of the Plaintiff. The court passed an ex-parte order in favour of the Plaintiff. On comparison of the impugned products, the court was of clear opinion that the Defendant was in fact infringing the trademark and dressed the suit of “Ferrero Rocher” by selling its product “D-Lizie”

E-commerce major Flipkart’s attempt to build a brand for large appliances with its newly created private label “MarQ” has faced a setback after an Additional District Judge of the Patiala House Courts vide order dated January 18, 2018 in M/s Marc Enterprises Pvt. Ltd. v. Flipkart India Pvt. Ltd.[1] passed an order restraining the use of the mark “MARQ” as prima facie, the court was of the view that it was phonetically similar to the mark of the Plaintiff “MARC”.

The counsel for the Defendant submitted that though no notice has been issued to the defendant so far but he has come to know from the cause list that a case is filed by the Plaintiff against the Defendant. The court observed that since the Defendant is present in the court it would be in the interest of justice to give him also an opportunity to address arguments on the aforesaid interim application of the Plaintiff.

The Defendant, i.e., Flipkart Pvt. Ltd. refuted the contentions of the Plaintiff and put forward the following assertions:

A comparison chart of the rival marks have been reproduced herein below:

Decision of the Court:

The court observed that the impugned mark “MARQ” of the Plaintiff was prima facie phonetically similar to the Plaintiff’s trademark “MARC”. The court further observed that the Plaintiff had claimed user since 1981 and the Defendant claimed its user since August, 2017, therefore, it seemed that the prima facie case, balance of convenience and irreparable loss were in favor of the Plaintiff. Therefore, the Hon’ble Court restrained the Defendant to use the trademark ‘MARQ’ in respect of its products in any form and from any platform till the next date of hearing. The matter will be taken up next on February 05, 2018.

Flipkart, in an attempt to take its private label strategy beyond electronics, fashion and furniture, launched its first in-house brand for large appliances, “MarQ”, in August last year. In January this year, the company launched an exclusive line of air conditioners and smart televisions under “MarQ” at the Consumer Electronic Show (CES) 2018 in Las Vegas. The ACs were scheduled to go on sale on Flipkart from the beginning of April, 2018 while the Smart TV was scheduled for May this year. Flipkart Pvt. Ltd. is most likely to take any of recourse to vacation of the order before the same court, or alternatively to go in appeal to the High Court to obtain a stay on the temporary injunction order.

The reports ‘Intellectual Property Rights Regime in India- an Overview’ discuss at length about the important trends and extraordinary features in the year 2017 related to different aspects of IPR. Highlights of this report were the discussions on access to healthcare, the impact of TRIPS measures for data exclusivity and patent linkages on public health in India and the global trend of compulsory licensing.

The report ‘Intellectual Property Rights Regime in India- Initiatives by the Government’ threw light on the steps and legal reforms that the Indian Government is taking to improve the IPR regime of the country. The report also mentions the trends, statistics and data related to filing and enforcement, and the strong steps that Department of Industrial Policy & Promotion has taken to improve the IPR system with respect to openness and transparency in administrative working.

Under the aegis of Chhattisgarh Council of Science & Technology,a Patent Facilitation Centre has been recently established in the capital city of Raipur. The center had been established to assist researchers of educational and industrial institutions of the State to apply for Patents for their novel and innovative research outcomes.

In addition to the above, the Centre shall also help in filing for Copyright, Trademark, Design, Geographical Indicators and other forms of Intellectual Properties. As of today, the Centre is receiving an exceptional response from institutions and the number of patent filings has increased in recent past, officials informed.

The United Nations (UN) has joined hands with the State and decided to further institute a Technology Innovation Laboratory in Naya Raipur.

The Chhattisgarh Government is also setting up a ‘Centre of Excellence on Innovation and Technology in Education’ to manage the execution of Virtual Education Scheme with funding support from MEITY, Government of India.