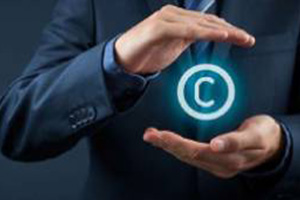 The tussle between copyright societies and record labels and other stakeholders regarding royalties is hardly a new one, and has seen much litigation over the years. However, of late, there has been a spate of developments regarding royalties with respect to statutory licensing of copyrighted works, as envisaged under the much debated Section 31D of the Copyright Act. 1957. In a very simplistic manner, arguably the core reason for these new developments is the abolition of the IPAB (read here) earlier this year, which lead to a limbo with respect to the fixation of royalty rates, which expired recently in September 30, 2021.

Various matters were listed before the Hon’ble High Court of Delhi, wherein many radio broadcasters had filed petitions seeking revision of statutory license rates under Section 31D of the Copyright Act, 1957, for broadcasting sound recordings. The Respondents in this case were music recording labels as well as Copyright Societies (like Phonograph Performance Limited, the Indian Performing Rights Society Limited (IPRS), etc). Since the rates determined by the IPAB were going to expire on September 30, 2021, the petitioners sought continuation of the rate of royalties as fixed by the IPAB earlier. As all the petitions sought identical reliefs, all the matters were listed before the coordinate bench of Hon’ble Mr. Justice Sanjeev Narula of the Delhi High Court. On September 27, 2021, the Delhi High Court passed an order in this regard.

CONTENTIONS OF THE PETITIONERS

CONTENTIONS OF THE RESPONDENTS

Whether delay by the Petitioners disentitles them to the prayer sought?

The court opined that although there was delay in approaching the court, it cannot be a ground to deny relief to the petitioners who are entitled to the right to apply for fresh determination of royalty under the Act.

What is the scope of proceedings under Section 31D of the Copyright Act, 1957?

The Court noted that Section 31D aims at giving broadcasting organizations access to sound recordings in a convenient manner and without disturbing the economic rights of the copyright holders. The proceedings are in-rem and bind all stakeholders. The Court also emphasized on the definition of sound recording under Section 2(xx) and stated that the scope of proceedings for fixation of rates of royalty is in-built in the statute.

The Court further stated that this process of fixation of rates would not be a fresh determination of rates. The rates would be determined on the basis of the rates already determined by the IPAB order. Relevant factors such as the financial details, paying capacity of the broadcasters, etc, would be taken into consideration. This defines the scope of the proceedings under Section 31D.

Whether the Court has the power to fix interim rates under Section 31D?

The court rejected the contentions of the Respondent that the Court did not have power to grant interim orders and stated that Section  31D of the Act does  confer  the  power  to  the  Court  to  fix  statutory  license  rate  for  broadcast  of  sound  recordings.

Further, the Court held that a judicial court has inherent power under Section 151 of the Code of Civil Procedure to pass orders of status quo in situations where there is no express or implied bar to exercise the powers. Thus, in the present matter, the Court has the jurisdiction to pass interim orders.

Whether the IPAB Order should be extended in entirety or with alteration?

Whether  the  IPAB  Orders  sets  out  the  composite  rates  for  both sound recordings and underlying works?

The Court opined that the IPAB Order does not set out composite rates, although the order had fixed rates for sound recordings and underlying work but the two are separate and distinct, and hence the continuation of royalty rates only qua the sound recordings would not violate the rationale of the IPAB behind the fixation of rates.

Whether  the  directions  given  hereinafter,  shall  apply  ad  interim  or  till the stage of final determination for the present proceedings?

The Court was of the opinion that there was no reason to give only ad interim directions. The IPAB order was to be adopted as a base for revision of rates and hence, there was no need to revisit the issue again before final determination. The court said that it was imperative to ensure that the interim arrangement is in place until the petition is decided i.e. between September 30, 2021 (expiry of IPAB Order) and the day the new rates are determined by the court.

Furthermore, the Court stated that it had the jurisdiction to modify/vary the rates at interim stage, if needed, to meet the ends of justice or to prevent abuse process of court.

In light of the above-mentioned, the court allowed the applications and directed that status quo be maintained   with respect to payment of royalty for broadcast of sound recordings by the Petitioners w.e.f. October 1, 2021, as per the order of IPAB dated December 31, 2021, until the final determination of statutory royalty rates by the Court.

This is indeed a very important development from the perspective of radio broadcasters, as the existence of statutory licensing is undeniably essential to their business, and crucial to business continuity. In light of this, the High Court of Delhi on November 10, 2021 issued a public notice, inter alia inviting suggestions regarding the revision/fixing of royalties for communication of ‘sound recordings’ to the public by way of broadcast through Radio under section 31D of the Copyright Act, 1957 and Rule 31 of the Copyright Rules, 2013 (Read here). Thus, it is evident that new developments regarding the subject matter are underway, and it would have long-lasting effects on the radio industry.

Does assignment override the right to royalty under copyright laws in India?

Saumya Saxena, Intern at S.S. Rana & Co. has assisted in the research of this article.