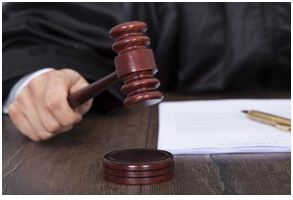 The Hon’ble Prime Minister, Narendra Modi on the occasion of Guru Nanak Jayanti announced the decision of the Central Government to repeal the three controversial farm laws, in the upcoming parliamentary session.

While addressing the nation on the occasion of Guru Nanak Jayanti on November 19, 2021, Sri Narendra Modi announced:

The three farm laws, Farmers’ Produce Trade and Commerce (Promotion and Facilitation) Act, 2020;  Essential Commodities (Amendment) Act, 2020; and Farmers (Empowerment and Protection) Agreement on Price Assurance and Farm Services Act, 2020, have been heavily criticised by the farmers leading to a yearlong protest by the farmers.

During the address, the Prime Minister elaborated upon the problems being faced by farmers and the steps taken over the recent years by the Central Government to assist the small farmers, and stated that the three farm laws had been introduced with a fair intention. Citing the apprehensions of the farmers, the Central Government has decided to take steps towards repealing the legislations which had been notified in the Gazette of India on September 27, 2020.

The Hon’ble Prime Minister also stated that the Central Government has decided to take further steps towards the introduction of zero budget farming, scientific development in crop pattern recognition and ensuring transparency in MSP through future reforms, particularly stating that a Committee shall be constituted for the said purposes, consisting of Central Government and State Government representatives, farmers, agriculture scientists and analysts.

Herein we demonstrate the timeline of events that led to =the repeal of the impugned Farm laws:

Objective of the Farm laws

The objective of the ordinances was to create an ecosystem for the farmers, to increase their options to sell their produce outside the APMC[2] Mandis, primarily to corporate entities, thereby lessening the number of intermediaries involved in the process and improving farmers’ income. The intention of the ordinances might have been to improve the conditions for the farmers but the steadfast manner of implementation, without taking into consideration the feedback and views of all the stakeholders involved, had caused certain apprehensions.

On December 16 and 17, 2020, a Bench led by the Chief Justice of India, heard the petitions pertaining to the removal of the protesting farmers from the Delhi Borders, and in the order[1] held that “the right to protest is part of a fundamental right and can as a matter of fact, be exercised subject to public order. There can certainly be no impediment in the exercise of such rights as long as it is non-violent and does not result in damage to the life and properties of other citizens and is in accordance with law.”

On January 12, 2021, The Supreme Court took note of the fact that the Central Government had made the laws without enough consultations and disapproved of the way that the Central Government had handled the farmers’ protest. The Supreme Court then passed an order[2] to stay the implementation of the three farm laws and constituted a committee to make recommendations about the laws.

On October 21, 2021, Justice Sanjay Kishan Kaul in an order[3] noted that the farmers have the right to protest but that they could not keep the roads blocked indefinitely for the purpose of the same.[4]

In view of the fact that agriculture plays a prominent role when it comes to the Indian economy, the repeal of the farm laws have created quite a stir.

Shivam Issar, Intern at S.S. Rana & Co. assisted in the research of this article.