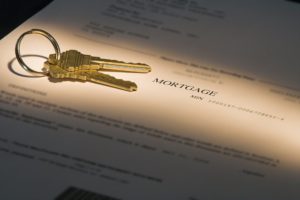 ‘Will’ is a document / instrument whereby a person bequeaths one’s property to whomsoever one deems fit after one’s demise. One who makes a Will is known as a Testator. A Testator’s Will outlines what to do with possessions, and what happens to other things for which he is responsible, such as custody of dependents and accounts and interests management etc. and who will execute the Will. For more details on Will, you may click here. The beneficiary of a Will could be a family member, a third party, a Trust, or a Company / Legal entity. But what exactly is Will? A last Will and Testament is a legal document that communicates a person’s final wishes pertaining to the possessions, property acquired during his lifetime and his dependents.

On the demise of the Testator, the beneficiary of the Will does not automatically gain title to the property bequeathed to him under the Will. Named executors under Will are required to administer the property as per the Will. But legal heirs of the deceased / Testator can challenge the executors of the Will if it does not comply the requirements as provided under law.

Probate is the process through which a Will is certified under the seal of a Court. Obtaining a probate has its distinct advantages besides being a legal necessity. In case a dispute props up between the legal heirs of the Testator, a Probate puts an end to the dispute by ruling on the Will.

The Executor / Administrator of the Will approached the Court with the probate petition. An executor could be either a family member, a relative, or even a friend. The executor files the Probate case in the competent Court making all legal heirs of the Testator and beneficiaries under the Will and the concerned State as Respondents to the Probate Petition at the time of filing the same. The Court summons such Legal Heirs to the Court to either give their consent to the Probate or raise their objection, if any, and orders for publication of the notice for general public to be published in the newspaper so that anyone who has any interest / objection in the case can file their objection in time. Where the Legal heirs do not raise an objection to the Will, the Court proceeds with assessing the validity of the Will on merits and consent of the Legal heirs. However, where the Legal Heirs or any interested person / beneficiaries raise an objection, their pleadings i.e. Written Statement / Reply and Replication are filed by the Parties, issues are framed on the basis of the pleadings and thereafter, the Court proceeds to lead with a Trial where both parties, the Executor as well as the objecting Legal Heirs and other interested persons record their evidence.

Also termed as ‘Dakhil Kharij’, Mutation is the process of recording the change/transfer in the title of ownership after the property has been inherited under their personal laws or it is purchased or it devolves on the person under family settlement or under the Will executed by the owner thereof. Once the mutation is done, it is recorded in the land revenue department, which eventually helps the authorities to fixate upon the tax liability.

However, it is imperative to understand that mutation of property in the name of a person does not mean that the concerned person has obtained ownership of the property. Mutation does not confer title of ownership over the property and is merely for payment of land revenue. The same was held by the Hon’ble Supreme Court in Smt. Sawarni vs Smt. Inder Kaur & Ors.[1], and upheld in Balwant Singh & Anr. Vs. Daulat Singh (Dead) by L.Rs. & Ors.[2] and Narasamma & Ors. vs. State of Karnataka & Ors.[3]. Quite recently, in 2019, the Hon’ble Supreme Court of India upheld the same once again in Bhimabai Mahadeo Kambekar (Dead) vs. Arthur Import and Export Co.[4].

Hence, in conclusion, while a Will as an instrument gives the Testator the right and power to bequeath his moveable and immoveable property to either his/her legal heirs or to any third party, the title over the property is only ascertained, without an iota of doubt, by the concerned Court. However, regardless of whether the legal heirs / beneficiary of the Will has obtained the probate in his favour or not, the legal heir /beneficiary may proceed with getting the property mutated in his / her name to ensure compliance with the laws of the land for the purposes of land revenue / house tax.