Mrs. Lucy Rana, Managing Associate Advocate of S.S. Rana & Co., on March 21, 2018, spoke at the ‘Capacity Building Workshop on ‘Innovation’ organized by National Council of Science Museums, Kolkata. Her session was titled’ IP Innovation and Business Effectiveness’, and it began with basics of Intellectual Property and progressed into explaining its importance for a business. Further, she explained what innovation is and gave examples of some noteworthy ingenious inventions. She concluded by talking in detail the position of India in the global IP Ecosystem and several efforts that the Indian Government has taken and is taking to foster the growth of IP in recent times.

National Council of Science Museums (NCSM), established in April 1978, is an autonomous society under the Ministry of Culture, Government of India. NSCM develops Science Centers/museums for different States and Union Territories of India and is the hub for professional training, research, and development. It administers 25 Science Centers/Museums spread all over India.

In addition, they also have developed an interesting concept of ‘Innovation Hub’. Innovation Hub is a place where children can play and learn innovatively. These hubs serve as springboards for new ideas and innovation and thus helping the society and economy to face future challenges and meet rising aspirations of the growing population. Specifically, embedding such creative pedagogies in science education through Innovation ‘Hubs’ would have potential to retain talent in modern science. It provides facilities like a Discovery Hall, Innovation Resource Centre and Hall of Fame, Idea and Design Studio.

The main attendees were directors of various National Science Museums from all over India. 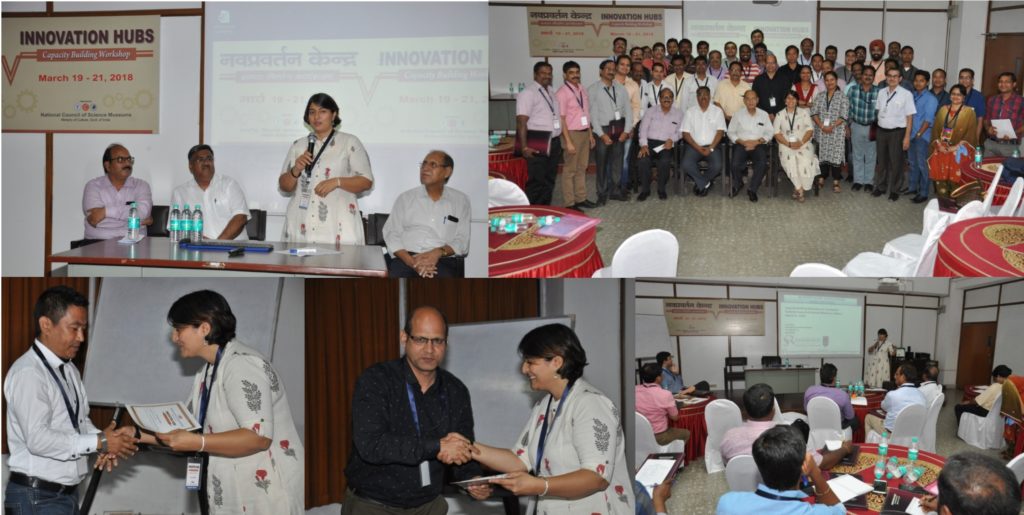