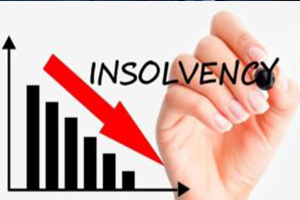 The Apex Court on May 21,2021 in Lalit Kumar Jain V. Union of India & Ors[1] recognized and upheld the Rules on Insolvency and Bankruptcy (Application to Adjudicating Authority for Insolvency Resolution Process for Personal Guarantors to Corporate Debtors) 2019, as notified by the Central Government on November 15, 2019.

Prior to these 2019 rules, the Debt Recovery Tribunal was conferred with the power to deal with cases of insolvency and bankruptcy proceedings against Personal Guarantors. However, once the newly notified rules came into force, any grievance pertaining to insolvency against Corporate Debtors now has to be made to the adjudicating authority as established under the 2019 Rules.

After pending for almost four years, the Ministry for Corporate Affairs introduced new rules that allowed insolvency and bankruptcy proceedings against Personal Guarantors to be adjudicated under the Insolvency and Bankruptcy Code, 2016 (“hereinafter referred to as the Code”). Part III of the Code read with the 2019 rules, extends insolvency and bankruptcy of individuals and partnership firms to include personal guarantors and corporate debtors. Through this notification, both the Personal Guarantors and Corporate Debtors were made separately liable for their actions.

While the notification was welcomed by creditors on account of greater liability placed upon Personal Guarantors, many writ petitions challenging the notification have been entertained by different High Courts on the ground that the rules are ultra vires the Constitution of India, as the Central Government has no power to introduce conditions on the enforcement of the Code.

Out of all the writ petitions filed, Lalit Kumar Jain V. Union of India & Ors became the lead case in which the outcome of the matter would be determined. The Petitioners in this case had provided guarantee to the financial institutions and banks with which they were associated (as managing directors, chairman, directors and promoters) and had alleged that the Government of India acted beyond the scope conferred by Section 1(3) of the Code [2] and had thus no authority to limit the Code’s provisions pertaining to Personal Guarantors or Corporate Debtors.

The major grounds raised by the Petitioners in challenging the Rules were:

JUDGEMENT BY THE APEX COURT

The Apex Court rejected the plea of the Petitioners and upheld the 2019 Rules stating that the Central Government had ideated a proper induction of the Code keeping in mind the aims and the object of the Code, which is permitted by law. The Apex Court favoring the Central Government opined that the Rules aim to reinforce the Corporate Insolvency Resolution Process (CIRP) and added that in cases where a debt is annihilated by operation of law, the liability of the Personal Guarantor would still prevail irrespective of whether the liability of the Corporate Debtor has ended or not. The Apex Court was of the opinion that the said Rules had been drafted keeping in mind the close connection between the Personal Guarantor and the Corporate Debtor.

With regard to the co-extensive liability of the Personal Guarantor and the Corporate Debtor, the Apex Court placed reliance on its prior pronouncement in SBI vs V. Ramakrishnan[5] and held that the liability of the Personal Guarantor (of the Corporate Debtor) under a contract of guarantee is not ipso facto discharged upon the approval of a resolution plan. The Apex Court held that a principal borrower does not absolve the surety/ guarantor of his or her liability under an independent contract automatically upon the release or discharge of a debt owed by it to its creditors in an involuntary process, such as operation of law, liquidation or insolvency proceedings.

It is to be noted that the general concept of guarantee arises from Section 126 of Indian Contract Act 1872,[6] which explains that the Contract of Guarantee includes 3 parties i.e. the Debtor, the Creditor and the Guarantor in such a contract when a Debtor fails to repay the debt he owes to the Creditor, the burden falls upon the Guarantor to discharge the debt. In a situation like this, the Creditor indeed has the right to initiate insolvency proceedings against the Personal Guarantor on the Debtor’s failure to discharge his debt to the Creditor.
CONCLUSION

The Hon’ble Supreme Court while upholding the validity of the notification has brought relief to Creditors who are now legally empowered to recover their dues from not only the Corporate Debtors but also the Personal Guarantors by enforcing the provisions of the 2019 Rules.

[2] Section 1(3) of The Insolvency and Bankruptcy Code, 2016 – The code shall come into force on such date as the Central Government may, by notification in the Official Gazette, appoint