Applicability of Wages under the Maharashtra Private Security Guards Act, 1981 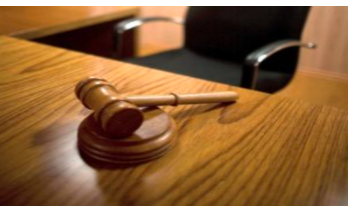 The Maharashtra Private Security Guards (Regulation of Employment and Welfare) Act, 1981 is an act for the regulation of the employment of Private Security Guards employed in factories and establishment in the State of Maharashtra and for making better provisions for their terms and conditions of employment and welfare through the establishment of a Board[1].

The Act extends to the whole of the State of Maharashtra and applies to persons who work as Security Guards in any factory or establishment, but who are not direct and regular employees of the factory or the establishment, as the case may be.

According to the Act, “wages”[2] mean all remunerations expressed in terms of money or capable of being so expressed which would be payable to the Security Guard in respect of the Security work or watch or any other type of work done in a factory along with the fulfilment of any other contractual obligation express or implied as per the terms and conditions of the employment contract. This definition is the same as provided and the Payment of Wages Act, 1936 and the same interpretation is valid to the said act as well.

According to the Maharashtra Private Security Guards Act, 1981Act, wages do not include[3]

Basically, any type of external bonus or perks or extra allowances that the security guard might get are not included in the wages. These wages would also include the Dearance allowance although a provision regarding the same is not mentioned in the Maharashtra Private Security Guards Act but in general forms an important component of an employee’s take-home salary or in this case wages to offset the effect of inflation. Therefore, such allowance would be calculated separately but be included in the component of wages that a person or an employee is entitled to.

Regulations placed for the timely remittance of wages by employers

The Act also provides for various regulation to be placed on the principal employers (the definition of the term employer was amended to ‘principal employer’ and ‘Agency’ or ‘Agent’ which employ a Security Guard and deploy in a factory or establishment was introduced as ‘Employer Agency’ by the amendment made to the Act in 1996) [4].

The Act creates a time period within which registered principal employers should remit to the Board the number of wages payable to the registered Security Guards for the work done by them. If the principal employers do not remit the amount of wages in time as mentioned above to be deposited to the Security board, then an amount equal to the monthly average of the wages has to be remitted.

Situations when work is not readily available

The act also regulates the constitution of various funds such as provident fund, gratuity fund and various other extra allowances and provides that the contributions and payment made to such funds must be made in accordance and in consideration with the provisions of the Employees’ Provident Funds and Miscellaneous Provisions Act, 1952.

Therefore, the main purpose of this Act is to create a regulatory standard for this sector to function in and to create good conditions for the security guards to work in so that they are not exploited and are given their wages on time in a fair and equitable manner.