Since patents are one of the most commercially profitable category in IP, it is very common sensical to understand that universities and patents benefit each other.

Plagiarism is another form of copying where there is no application of mind. Universities, primary purpose is to empower the students with knowledge and make them capable of generating new creative ideas and expressions. However, if plagiarism will govern the content market in universities, then the new generation of new creative ideas will be limited to mere imagination only 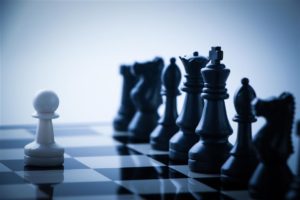 An educated population is probably the most important asset of any country, especially of a developing country like India. In the present generation, it is one’s knowledge that differentiates and identifies his/her value, and the education of population that drives the economic development of a country. Universities play a major role in providing such knowledge and advanced skills needed to meet the challenges of sustainable development in the community, in raising public awareness and in providing preconditions for informed decision-making, responsible behaviour and consumer choice.[1] Since universities play a major role in providing education, conducting research for developing technology new innovations and inventions should hold the utmost importance. Intellectual Property (IP) plays a very crucial role when it comes to facilitating the process of taking innovative technology to the marketplace.[2] At the same time, IP also plays a major role in enhancing competitiveness between technology-based enterprises, be it enterprises commercializing new or improved products or enterprises providing services on the basis of a new or improved technology.[3]

Since patents are one of the most commercially profitable category in IP, it is very common sensical to understand that universities and patents benefit each other. Patents not only help universities to improve their ranking, but also help in establishing an innovation ecosystem, incubate knowledge-based start-ups, earn additional revenue and measure research activity. In its biggest push to create entrepreneurial universities in India, the University Grants Commission (UGC) required all universities in India to set up an Intellectual Property (IP) Centre.

Having said that, the essential aspects of patent application filings by universities may be the following:

The Annual Report (2016-17) issued by The Office of the Controller General of Patents, Designs, Trademarks and Geographical Indications shows the list of top 10 universities and institutes with the number of patent filings done by these universities: [4]

It is important to note that the number of patents granted by India shot up by 50 per cent in 2017, keeping up a trend of steep increases, according to the UN’s World Intellectual Property Organisation.[7], and as per the Performance of Intellectual Property Office 2017-18, shows the overall filing of Patent as:

Recently, the Department of Industrial Policy and Promotion (DIPP), Ministry of Commerce & Industry, Government of India, signed an Institutional Agreement with Anna University to establish India’s second Technology and Innovation Support Center (TISC) at the Centre for Intellectual Property Rights (CIPR), Anna University, Chennai, under the World Intellectual Property Organization’s (WIPO) TISC program.[8] The objective of the TISC is to stimulate a dynamic, vibrant and balanced Intellectual Property Rights (IPRs) system in India to foster creativity and innovation, thereby promoting entrepreneurship and enhancing social, economic and cultural development by establishing a network of TISCs in India.[9] Presently, India has two Technology and Innovation Support Centers, the first was signed with Punjab State Council of Science and Technology[10] and the other with  Anna University, Chennai. The major services offered by such TISCs are:[11]

The TISCs initiative by WIPO, is mainly for the developing countries who have access to local high-quality technology information and related services, and assisting them to exploit their create, protect, manage and exploit their Intellectual Property Rights.[12]

But as universities set up IP centres and create IP policies, it is also essential to understand that they have started facing a strange, but real, human resources problem. The bitter truth is that despite the numerous policy push to have more IP in universities, we simply do not have enough IP professionals in the country. Further, the ambitious goal set by India’s IPR Policy can only be realised only when the examination for qualifying as a Patent Agent becomes the foundation for making a career in IPR. In a dynamic field such as intellectual property, and especially patents, in order to create a band of qualified patent professionals, there should be a push towards post-qualification continuous education as well. To achieve this, the format, membership, syllabus and the frequency of the patent agent examination will need to be addressed seriously. This would not only see an increase in the number and quality of patent professionals in the country, but would also help in students to take up IP as a new career choice, especially for graduates with a degree in science and technology.

Regardless, with more awareness about IP rights, and continuous efforts of universities in creating inventions, it is high time that universities start expediting the filing of patent applications at the Indian Patent Office. Any which ways, irrespective of the protection, the patent applications will definitely give the university and its students the due recognition of developing said idea, which can be further used to develop or monetise the idea later.

[4] ANNUAL REPORT (2016-17), THE OFFICE OF THE CONTROLLER GENERAL OF PATENTS, DESIGNS, TRADE MARKS AND GEOGRAPHICAL INDICATIONS,  page no. 29, available at http://www.ipindia.nic.in/writereaddata/Portal/IPOAnnualReport/1_94_1_1_79_1_Annual_Report-2016-17_English.pdf

[5] ANNUAL REPORT (2016-17), THE OFFICE OF THE CONTROLLER GENERAL OF PATENTS, DESIGNS, TRADE MARKS AND GEOGRAPHICAL INDICATIONS,  page no. 29, available at http://www.ipindia.nic.in/writereaddata/Portal/IPOAnnualReport/1_93_1_Annual_Report_2015-16_English.pdf

[6] ANNUAL REPORT (2016-17), THE OFFICE OF THE CONTROLLER GENERAL OF PATENTS, DESIGNS, TRADE MARKS AND GEOGRAPHICAL INDICATIONS,  Page No. 09, available at http://www.ipindia.nic.in/writereaddata/Portal/IPOAnnualReport/1_92_1_AnnualReport_English_2014_2015.pdf

[7] Economic Times, “Number of patents granted by India shot up by 50% in 2017: UN”, available at https://economictimes.indiatimes.com/news/economy/finance/number-of-patents-granted-by-india-shot-up-by-50-in-2017-un/articleshow/66932638.cms

[10] DIPP to set up India first TISC in Punjab, available at http://pib.nic.in/newsite/PrintRelease.aspx?relid=167391 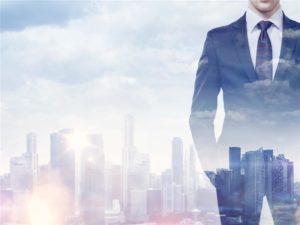 With the advent of RERA, there began a norm for strict compliances that has to be adhered by each and every developer, builder and construction giant in different parts of the country. Most of the states have established their own RERA offices where they work under the established rules and regulations. Though the act is not retrospective in nature it mandates every project to be registered with the respective State RERA offices by the promoters of the company within 3 months of the commencement of the Act.

The RERA was enacted to protect the interest of the homebuyers and boost investment in the sector. The provisions like timely completion and delivery of projects to the buyers and making the information of the project plan, layout, government approvals, land title status, and sub-contractors available, consent of two-thirds of the allottees on any alteration or addition in the project, and other such provisions, would bring in more transparency and accountability in the real estate sector.

Before the commencement of RERA, there were no bindings and compulsions on the real estate developers and construction pioneers to deliver the property to its respective owners on time. An inconsiderable delay was usually witnessed which had a negative effect on the financial health of the homebuyer. On one hand the buyer had to pay the monthly rent where he was residing and on the other hand, he also paid monthly installments and abide by the terms and conditions of the Buyer Builder Agreement thereby overburdening him financially. Unfortunately, there was no one to question the developers and builders.

With the RERA coming into force, 56% of the homebuyers prefer to initiate litigation and dispute resolution under State RERA Regulations rather than going to consumer forums, state commissions or any other court for civil remedies[1]. These homebuyers believe that the success ratio of RERA is much more as compared to the years of struggle of litigation before other forums and courts. Also, the success ratio of cases under RERA are more result oriented, expeditious with concrete judgment being passed against the errant developers and builders.

After the enforcement of RERA, the banks and other financial institutions don’t lend money to retail buyers under the real estate project, which is not registered or registration of the same has been cancelled by the respective State RERA office. Both the developers and the builders are expected to submit all the necessary documents and approvals to their requisite regulator in order to obtain registration under RERA.

In India, RERA has been enacted and implemented in 28 states as well as Union Territories and in November 2018, it was confirmed by the six north eastern states Nagaland, Arunachal Pradesh, Meghalaya, Manipur, Mizoram, and Sikkim have finally agreed to implement Real Estate Regulation Act. The only states to not have implemented RERA are Jammu and Kashmir where  Jammu and Kashmir Real Estate (Regulation and Development) Bill, 2018 has been approved by the State Advisory Council under the chairmanship of the J & K Governor and is under the process of establishing the Real Estate Regulating Authority and the Real Estate Appellate Tribunal for efficient and effective regulation of the real estate sector and West Bengal which has notified its own real estate law — the Housing and Industrial Regulation Act, 2017 (HIRA) instead of RERA.

Penalties for non-compliance under RERA

The RERA Act gives explicit and mentions of specific penalties for offences by promoters, real estate agents, builders and other parties who are involved under the ambit of this act:-

The legislative regime was not strong enough to render the developer and the builder guilty of misconduct and also for breaching the terms and conditions of the builder buyer agreement in the long run. Introduction and enforcement of RERA comes further to protect the interest of the homebuyers as well as save them from any kind of financial burdens.