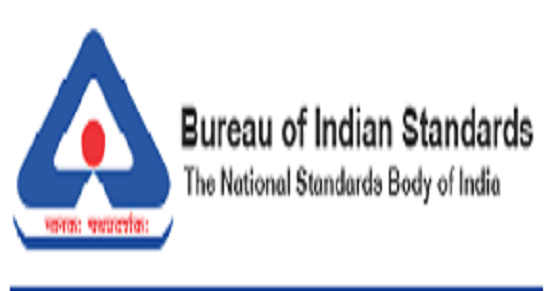 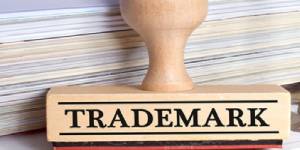 Since childhood, many of us can still recall the iconic advertisement of Ambuja Cement featuring the well-known Bollywood actor, Mr. Boman Irani, with its famous tagline “Tootegi Kaise, Ambuja Cement Se Jo Bana Hain”, remains ingrained in our minds. In a fiercely competitive market, cement , as a product, is often overlooked and not even ever thought about by the general public, simply because it is a product that is used in personal capacity only a few times during our lifetimes. As such, cement manufacturers have tended to make their branding/trade marks as evocative as possible over the years, to match their eye-catching advertisements. They have also used taglines such as Ultratech Cement: The engineer’s choice; Ambuja Cement: Giant compressive strength; JK Cement: Vishwas hai, isme kuch khaas hain; ACC Cement: Paani Se No Haani, etc, to assure the lay public of the quality and features of their products, thereby further cement-ing their brand identity in their minds. They have also augmented their branding and advertisements by using descriptive and/or general terms/statements such as ‘Super’, ‘Super Strong’, ‘Weather Proof’, ‘Weather Shield’, etc. Such words, coupled with innovative advertising (some examples of which are shown below), have played a large part in creating and establishing brand image and distinguishing features of all cement-based products, playing on the strength and stability, being the main-stay of such products, and have, therefore, become commonplace in the trade.

Thus, usage of such terms in advertisements and branding in general is certainly an industry-wide practice, which the cement lobby/industry argue, is even a necessity to strengthen brands which are meant to portray strength and stability, such is the nature of the products.

From a purely trademark perspective though, it is evident that usage of terms such as the ones described above, add descriptiveness to the marks, thus may attract objection under Section 9(1)(b) of the Trade Marks Act, 1999. Such marks also raise the question of whether the Registry should even grant registration to such marks, so as to avoid monopolization of terms such as Water Proof, Super Strong, Weather Proof, etc. Monopolization over such words and designations is something the Trade Marks Registry would wish to avoid.

Thus, one would assume that such marks, when registered, are granted registration with disclaimers on descriptive terms/elements such as the waterproof, water shield, super-fast, etc. However surprisingly, many such marks appear to have attained registration sans disclaimers.

[For more in-depth information about the BIS, please see our earlier article on the BIS at https://ssrana.in/articles/bis-overview-importance/. ]

Last year, BIS had issued a circular dated August 28, 2020 (as reported) which had directed certain cement manufacturers to refrain from using terms such as ‘SUPER’, ‘WEATHER SHIELD’, etc. This had directly stepped upon the trademark rights of cement manufacturers and had therefore (understandably) invoked their displeasure[1].

The BIS circular ‘had strictly directed various cement firms across the country against using their registered trademarks on bags and advertisements, pamphlets etc if they contain general terms like ‘super’, ‘strong’, ‘damp-proof’, ‘corrosion-proof’, ‘weather-shield’, etc.,’ as, reportedly in their opinion, the same could be considered to be misleading[2].

Looking at the advertisements as well as registered trade marks of some of the leading cement manufacturers in the country, it is evident that branding and advertising using laudatory/exemplary, to the point of being descriptive, terminology is common to the trade and exercised by many cement manufacturers. Thus, such an order/circular would indeed have a negative effect on the branding and PR strategy of many cement companies, perhaps forcing them to reconsider the same altogether.

Being aggrieved by such order of the BIS, one of the leading Indian cement companies, J.K. Cement, had filed a writ vide S.B. Civil Writ Petition No. 6792/2021 before the High Court Of Judicature For Rajasthan (at Jodhpur) (M/s. J.k. Cement Limited v. Union Of India).

The Hon’ble Court, in this matter, recently passed an interim Order on May 17, 2021, wherein it noted that the BIS circular/order in question restrained the petitioner from mentioning certain necessary aspects of its trade marks. It had also been submitted (on behalf of the petitioner) that BIS’s actions amount in fact to ‘cancellation’ of the trade marks granted by the Government of India to the petitioner. Interestingly, the petitioner also submitted that in SB Civil Writ Petition No.14420/2020 (Shree Cement Limited v Union of India) and SB Civil Writ Petition No. 2057/2021 (ACC Limited v Union of India), which involved identical issues, co-ordinate benches of the Rajasthan High Court on December 18 and 23, 2020, had issued interim orders in favour of the petitioners of those writ petitions. Both these cases had also been instituted against BIS’s circular/order. As regards the above two cases, specifically the one filed by Shree Cement Limited, in the interim order dated December 18, 2020, it had been stated that the petitioner had submitted that the ambit of BIS’s circular/order would amount to cancellation of trade mark, which specific procedure has been provided for only under the Trade Marks Act, 1999, and a trade mark cannot be cancelled by virtue of an executive order. In response, the counsel for the respondent (BIS) had submitted that it has the power to direct restriction on use of any trade mark which is misleading[3].

It has also been reported that the petitioners had submitted that BIS has no locus or any statutory jurisdiction to interfere with use of registered trade marks by their respective proprietors[4]. The Hon’ble Court, in the instant case, has accordingly ordered that no coercive step be taken against the petitioner for using the cement bags with its registered trade marks, and has listed the matter after 8 weeks. The Hon’ble Court has also noted that the respondent is free to move an application for vacation of the interim order along with their reply.

The critical question arising out the three afore-mentioned cases is therefore twofold:

While for now J.K. Cement (and other similarly aggrieved cement manufacturers) can be relieved at their use of their registered trademarks not being hampered by BIS’s pedantics, the final outcome of these cases remain to be seen.

Whether such marks can be allowed registration sans disclaimers,  and whether organizations such as the BIS can restrain registered proprietors from using their registered trade marks, are questions which have considerable ramifications, and not only with respect to the cement manufacturing industry, and may impact the nature and usage trends of trademarks across the board.

INDIA: Conflict and Ruling on Bonafide Use of Acronym as Trademark