June 21, 2017 marks the third International Yoga Day, two years after Indian Prime Minister Narendra Modi successfully convinced the UN to declare an International Day for Yoga. The declaration was made on December 10, 2014, and India celebrated the inaugural Yoga day with full fervor on June 21, 2015, as covered in Vol. VII, Issue No. 25 of our e-newsletter “IP ©onnect”, dated June 22, 2015,

The celebrations did not simmer down for the third edition of the Yoga day, as over 50,000 people performed yoga braving early morning drizzles, led by PM Modi during the event held at Ramabai Ambedkar Maidan in the city of Lucknow, Uttar Pradesh.

The logo of International Day of Yoga is the folding of both hands. It symbolizes ‘Yoga’ that is the union, which reflects the union of individual consciousness with that of universal consciousness, a perfect harmony between mind and body, man and nature – a holistic approach to health and well-being.

Bitten by the Yoga bug, we turned our office Conference room into a makeshift Yoga Studio. From short talks on yoga, work-life balance, a session on relaxation techniques and experiential session on meditation, we organized a series of events, and the employees also pledged to make yoga an integral part of their daily lives. 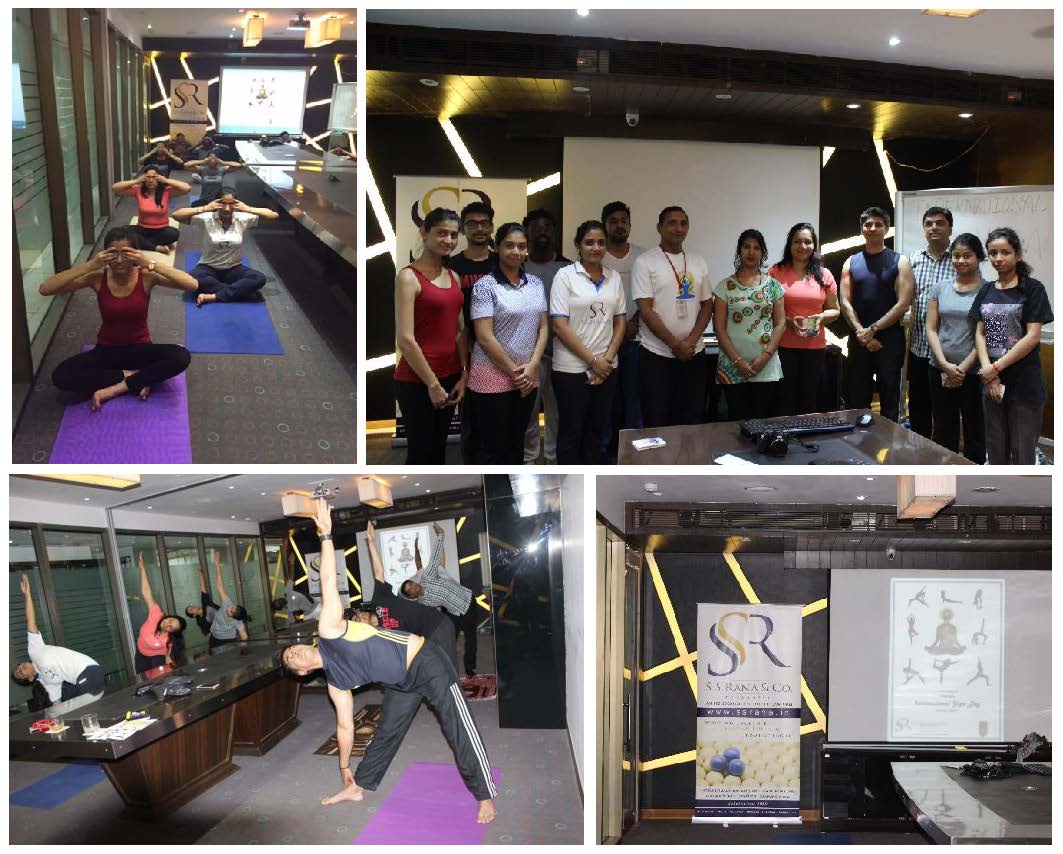