Botched up Hair, 2 Crores to Spare!! 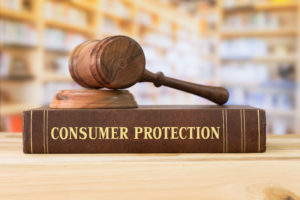 Fashion trends like clothing, new haircuts, and hairstyles are one of the most popular topics of conversation in social media. These new influences play a major role among the youth in constructing their confidence and self-esteem. The advent of the Influencer Culture has seen even more importance being attached to such trends. As such, people now more than ever, invest a lot of time and money on appearances and to keep up with the latest trends. In fact, this is extremely important to professions like acting, modelling, etc., wherein ones physical appearance is one of the most important factors in securing employment. In this context, a very interesting and rather shocking case came up in September 2021.

The National Consumer Dispute Redressal Commission (NCDRC) on 21 September, 2021, while recognizing this perspective in Aashna Roy vs Yogesh Deveshwar & Anr[1] has recently snapped ITC hotels with an order to grant compensation of a rather sizable amount of ₹ 2 Crores (approx. USD 265 Thousand) to a model who has modelled for major brands such as Pantene and VLCC.

A week prior to her major interview, Ms. Aashna Roy (Complainant) on April 12, 2018 visited the Salon of the famous ITC Maurya, New Delhi (Opposite Party No.2) to get a specific haircut/style for the purpose of an interview. The Complainant, having an image of the haircut as desired, gave directions to the Hairdresser appointed by the Opposite Party. However, to her surprise the hairdresser failed to follow her instructions and rather chopped off her entire hair length in a manner that they barely touched her shoulders! After the whole episode of making complaints to the general manager, manager of the Salons and the CEO of the ITC hotels, the Complainant was suggested to undergo a hair treatment arranged by the Opposite party No 2.

It was alleged by the Complainant that the hairdresser while giving her this treatment on the pretext of opening her hair cuticles, damaged her hair and scalp by scratching her scalp with his nails and by application of cream overloaded with ammonia. As a result, the Complainant’s scalp and hair were completely damaged and burnt. After all the futile attempts of the complaints made to the management of the ITC group and hotels, the Complainant to get remedy for the loss of her hair and damaged scalp (injury) approached the National Consumer Dispute Redressal Commission seeking a written apology from the ITC group and ₹ 3 Crores compensation for the loss of employment opportunities caused due to the treatment and the mental trauma suffered by her.

The Complainant who models for prestigious brands like Pantene and VLCC for hair products alleged that due to the faulty services of the salon, she has lost various job opportunities of modelling and acting, which is understandable that quality of hair would be the most important aspect in a commercial for haircare products. With loss of self-esteem, she was unable to continue with her work as a senior Management Professional and lost her income. While the Opposite party denied all the claims of the Complainant, the Complainant advanced her arguments by supporting it with the Medical Certificate that clearly established that the scalp has been damaged due to deficiency in service of the Opposite Party.

JUDGEMENT BY THE NATIONAL COMMISSION

The Commission found no substance in the Preliminary Objection raised by the Opposite Parties – that the Complainant does not fall within the definition of “Consumer” under section 2(1) (d) of the Consumer Protection Act, 1986 because no payment was made by her. The Commission while observing the transaction details between the parties also noted that it is highly implausible that a profit making body like ITC would provide any free services.

On plea of Mr. Yogesh Deveshwar (Opposite Party No.1) for deletion of his name from array of parties, the Commission stated that prior to his death, he acted as a non-executive Chairman of ITC hotel and was not involved in the daily operations of salons or the hotels, thus, no liability falls in his hands. Moreover, the Commission also absolved Mr. Sanjeev Puri, Chairman and Managing Director of ITC Ltd from any liability on the ground that he had recently attained the position of a Chairman and Managing Director of ITC Ltd, much after the alleged incident. The Hon’ble Commission while discharging the Opposite Party No.1 from any kind of liabilities placed reliance on its prior decision given by three Judges Bench of the National Consumer Dispute Redressal Forum in Amarjit Singh V. Gagandeep Singh & Ors. [2] wherein the Commission dealt with the question that in which category of service provider does the office bearers of Cooperative Credit Societies like Ex-Secretary or the Ex-President fall. The Commission in this case held that generally with regard to issues involving depositors, such office-bearers do not fall within the ambit of ‘service provider’ but if such office-bearers indulge in fraudulent activities, then they shall be held responsible for compensating the Consumers for poor services.

The Commission while determining the quantum of compensation to be granted to the Complainant took a precedent note of guideline laid in Charan Singh V. Healing Touch and Ors[4] wherein the Hon’ble Apex Court stated that during the computation of damages on basis of accepted legal principles, the Consumer Forums are required to take into account all the significant aspects of the case and award compensation in a manner which not only benefits the victim consumer, but concurrently/ subsequently brings about a qualitative change in the outlook and approach of the Service Provider. Having observed this view, the Hon’ble Commission added that the term “Compensation” has a wide overtone and is inclusive of emotional and mental suffering stirred up due to the deficient services of the seller.

The Hon’ble Commission besides pointing out that the Opposite party No.2 tried to mask their actions by offering free treatment to the Complainant also took note of all the evidence including the WhatsApp chat where it was clearly visible that the Opposite Party admitted their negligence and of the Medical Certificate issued by a doctor mentioning that the Chemical Treatment led to the scalp disorder/damage. In view of the same the Hon’ble Commission, held the ITC Hotel to be guilty of deficient services.

The Commission along with lines of catena of judgements of the Hon’ble Supreme Court relating to the award of Compensation was of the considered view that reasonable and just compensation must be awarded to the Complainant who lost various modelling assignments and her aspiration to become a top model. The Commission opined that hair is one of the most prized possessions/attributes of a person and a significant amount is spent for its upkeep. The Complainant in the present case suffered mental suffering because of the deficient services of the Opposite Party No. 2 and held that Opposite Party No. 2 is not only guilty of triggering mental trauma due to negligence in their actions but also of medical negligence that led to scalp damage. Ultimately, the Opposite Party No. 2 was directed to pay ₹ 2 Crores to the Complainant by the Hon’ble Commission.

While the Judgement acts as a deterrent for the Service providers to be cautious of the services and goods offered to the public, the present case can also act as an invitation to plethora of cases where the consumers can misuse their powers by approaching the Courts/Commissions with no fault of the Service providers at all. It would be unjust to the Service providers if the complaint is made merely on the basis that the haircut given by the salon is ‘ugly’. Thus, while this is in principle indeed a good precedent, the application thereof in future cases would have to be done very carefully, by examining the specific facts and circumstances of each case. Nonetheless, the Case accentuates the Legal viewpoint laid by the Apex Court in various judgements that Consumers are to be redressed when there is insufficiency in the part of the service providers.