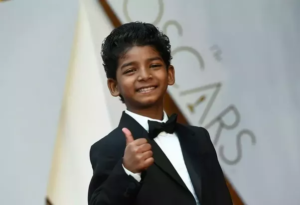 India ratified two more ILO Conventions in June 2017 after the Central Government had introduced amendments to the Child Labour (Prohibition and Regulation) Act, 1986 (“Act”) in August 2016. The government has also introduced the Child Labour (Prohibition and Regulation) Amendment Rules, 2017 (“Rules”) ahead of ratifying the 2 of ILOs conventions in June 2017.

It is significant to note that the Rules make special provisions for the inclusion of child actors in any type of audio-visual entertainment, be it films, short films, T.V Serials, Reality Shows, etc. This area of the glitterati needed to be regulated since a long time. In 2010-11 the National Commission for Protection of Child Rights (NCPCR) released detailed guidelines discussing the problems and challenges faced by child actors in reality shows, T.V. Serials etc. It stated that “Participating in an adult-oriented industry, children are often exposed to unsuitable, anxiety inducing, and at times, dangerous operational hazards and situations. Many of these problems may be inherent and generic to the industry, but children, unlike their adult counterparts, should not be expected to handle the emotional and physical stress. It needs to be remembered that, by and large, children do not join the industry of their own volition. There is always an adult involved – a parent, or caretaker – who takes the decision for them. In the absence of any monitoring mechanism, there is every likelihood of child actors being exploited when it comes to the number of hours worked per day, and short-changed in terms of educational and safety provisions.” Guidelines for defining age-related norms for the participation of children in tv/reality shows; ensuring the physical conditions and safety of children; setting up of regulatory and monitoring mechanisms; and ensuring education of child participants were recommended by NCPCR.

There have been many instances in the film industry, where directors, producers and some actors are becoming more and more aware about the ‘glittered but exploited lives’ of child actors. Sensitizing people about the need to prohibit child actors in reality (“scripted reality”) shows, director Sujit Sircar, recently tweeted that there is an urgent need to ban child actors from reality shows. He said that “it’s actually destroying them emotionally & their purity.”

We bring to our readers, the important compliances to be adhered to by producers before employing child artists in audio-visual entertainment programs, from the amended Act of 2016 and the Rules:

In the west, the famous case of Jackie Coogan paved way for California’s Child Actor laws which later came to be known as Coogan Laws. Jackie’s parents had spent all his earnings as a famous child actor. Even Gary Coleman, on becoming an adult realized that all his child-actor-earnings were misappropriated by his agent and parents. There needs to be a well-regulated check upon the use of the child’s earnings as an artist.

Now, according to the new Rules, at least 21% of the income earned by the child from the production or event should be directly deposited in a fixed deposit account in a nationalized bank in the name of the child which may be credited to the child on attaining majority; and no child shall be made to participate in any audio visual and sports activity including informal entertainment activity against his will and consent.

It is no secret that reality shows and T.V. serials in which children are made to participate expose them not only to work pressure but also to enormous publicity which the children are not mentally or emotionally equipped to handle. It not only deprives them of a normal childhood but burdens them to work and finish schooling at the same time. Psychologists have reiterated numerous times that both exposure to limelight and then eventual deprivation of such attention can have a serious impact on young and tender minds. It is promising to note that the industry is being aware and sensitive to the issue of child artists being exploited. What remains to be seen is how far and seriously the provisions under these rules are executed and how seriously punishments on defaulters are implemented.

Another important critique that we note is that the prohibition of employing children as enumerated under Section 3 of the Act, are relaxed for child artists, however, children employed in the circus are not subject to this relaxation. We ponder: how are the current reality shows where 5-year-old toddlers share marital jokes (the meaning of which we doubt they understand) different from circuses.