By Priya Adlakha and Deepika Shrivastav 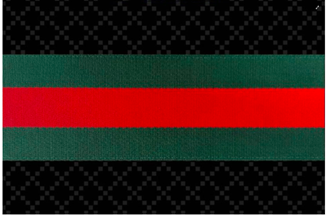 Issues of trademark infringement and passing off were recently brought up for discussion before the Delhi District Court at Tis Hazari, when luxury fashion house GUCCI filed a suit for infringement and passing off against Shipra Overseas, owned by one Intiyaz Sheikh. The fashion brand claimed that the defendant was involved in manufacture and retail of counterfeit and sub-standard goods (‘socks’ as well as ‘packaging material’) incorporating their world-renowned ‘GUCCI’ logo as well as the green and red stripes which are distinctive of the brand. The plaintiff moved a Delhi District Court for grant of permanent injunction against the defendant so as to restrain them from infringing their trademark, copyright, passing-off their trademarks, etc.

Regarding Non-appearance of Defendant

Notwithstanding the fact that the service of the summons could not be completed owing to the defendant’s premises being locked, the Ld. Judge observed that since that the defendant’s subordinates (Manager, Supervisor and other staff) were present at the time of the raid and were supplied with the Court’s Order dated April 24, 2019, it can be concluded that the defendant is well aware of the pendency of suit and has deliberately not been appearing before the Court. Accordingly, the defendant was ordered to be proceeded ex-parte.

Regarding Reliefs claimed in the suit

The Ld. Judge granted a decree of permanent injunction in favour of the plaintiff while holding that the plaintiff has been successful in establishing its case for trademark infringement and passing off and also awarded damages of INR 2,00,000 as well as cost of litigation estimated at INR 1,66,000 to the plaintiff. Regarding the relief of rendition of accounts, the Ld. Judge observed that as not only the defendant has not participated in the present proceedings but even otherwise as no further averments have been made on behalf of Plaintiff for ascertaining or obtaining any such rendition of accounts, therefore, no orders/directions were passed in this regard. As regards delivery-up, the Ld. Judge directed that all infringing goods found at the premises of the defendant shall be handed over to the plaintiff for destruction/erasure etc. Hence, the suit was favorably decreed in favour of the plaintiff.

While the Ld. Judge has inter-alia also granted a decree of delivery-up of the sized goods, the actual implementation of such relief remains questionable. As mentioned above, the defendant’s premises were found to be shut down, thereby indicating that the defendant has absconded from the premises. In such a situation, it is unlikely that the plaintiff will be able to seek the delivery of the infringing goods from the defendants and in all probability, the counterfeit goods will be back in circulation in the market. Therefore, this poses a serious concern to all the brand owners.

It is worth noting that the Copyright Act, 1957 differs in such situations and provides for preservation of the infringing goods in the custody of the owner of the copyright.

Relevant provision of the law is reproduced below: