Can Ex-employee of Financial Creditor be Interim Resolution Professional? 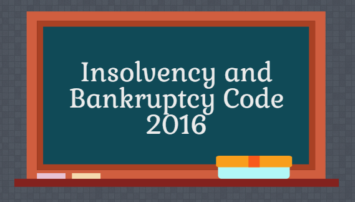 By Lucy Rana and Anuj Jhawar

In the present appeal, State Bank of India is the Appellant (“Financial creditor”) and M/s Metenere Limited is the Respondent (“Corporate Debtor”). Appellant had furnished an application under Section 7 of Insolvency and Bankruptcy Code, 2016[2] (“Code”) for initiation of Corporate Insolvency Resolution Process (“CIRP”) against the Respondent. The Appellant had nominated one of its ex-employee, who worked in the Appellant Bank for 39 years, to be appointed as the IRP for insolvency proceedings against the Corporate Debtor. Aggrieved by IRP’s proposed appointment, the Corporate Debtor or Respondent objected the same on the ground that the appointment of IRP was partial and biased.

In view of the aforesaid objection made by the Corporate Debtor, the concerned NCLT vide its order dated January 4, 2020 ordered and directed the Financial Creditor to substitute IRP as the he had worked for Appellant bank for 39 years straight, thereby subsequently creating apprehension of bias and unlikely to render fair and unbiased services.

Hence, the Financial creditor was ordered substitution of IRP.

Aggrieved and dissatisfied with the order passed by NCLT, the Financial Creditor appealed before the NCLAT on the ground that the concerned and proposed IRP fulfilled the requirements, eligibility and qualification as enumerated in the Code and thus, should be appointed as the IRP.

Issue- Whether an ex-employee of Financial Creditor can be appointed as an Interim Resolution Professional?

In view of the aforesaid facts and circumstances, the NCLAT ruled that the apprehension and disregard expressed by Financial creditor in the present case could not be overlooked and hence dismissed the appeal.