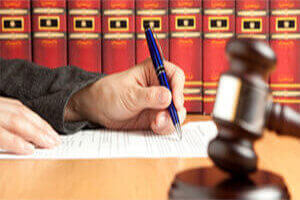 By Vikram Narula and Priyanka Batra

The abovementioned appeal was made against the order passed by the National Company Law Tribunal (NCLT) Hyderabad wherein it had refused to entertain a petition for rectification of register of members of a company under Section 59 of the Companies Act 2013.

In the said order of NCLT Hyderabad, it was held that the issues raised by the petition were complex or contentious issues and such issues required examination of the Insolvency and Bankruptcy Code (IBC), 2016, as well as the Arbitration and Conciliation Act, 1996.

The Court referred to Section 430 of the Companies Act, 2013 and cited the judgment in the matter of Ammonia Supplies Corporation (P) Ltd. vs. Modern Plastic Containers Pvt. Ltd. and Others[2] to state that, if a dispute arises in a matter relating to Companies Act, the civil suit remedy would be completely barred.

Further, the power to deal with such a matter would vest with the NCLT under Section 59 of Companies Act, 2013.