Faking It In Fashion 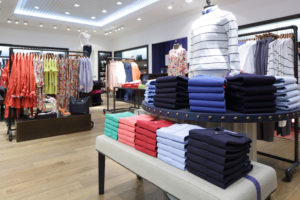 By Sanjana Kala and Ragini Ghosh

One of the primary advantages of owning a trademark registration is the element of monopoly that comes with it in relation to the goods and/or services applied for. Such exclusivity provides benefits to both the trademark holder and the consumer, in as much as a trademark holder has an exclusive proprietary right in his/her trademark that communicates the source of the product or service being purchased/availed to the consumer who encounters it. This need for monopoly becomes all the more important in the fashion industry, where wearing or owning products of a particular brand is directly correlated with status, eminence and desirability of an individual. Brands such as Louis Vuitton, Bulgari, Gucci, Prada, Hermes, Rolex, etc. are examples of brands known as ‘luxury brands’ that claim to bestow the wearer with a sense of power and prestige owing to their massive reputation, amassed over centuries in some cases. Now with the advancement in technology, brand recognition among consumers has become an integral part of generating revenue for proprietors and corporates alike. Moreover, with multiple e-commerce websites and increasing accessibility available to a wide consumer base, major players in the apparel and accessories industry have had to develop a narrative of uniqueness for consumers to desire their brand. Consequently, brands, specifically in the fashion industry, have acquired loyalists or ‘influencers’ (as they are known on social media) to promote or recommend their brand with the objective of ‘influencing’ the opinion of consumers in favor of the said brand. However, brand owners are now discovering that the faster their brand acquires the desired outcome of ‘trending’ on social media, the faster it becomes the subject of large scale counterfeiting.

A counterfeit product is one which is intended to deceive consumers into buying a fake or fraudulent product by misappropriating someone else’s registered trademark or one that is deceptively similar to the said trademark without authorization and in order to gain illegal profits by riding on the reputation and goodwill associated with the registered trademark. However, in the fashion industry, counterfeiting is of two (2) types, namely, deceptive and non-deceptive. As the name suggests, deceptive counterfeiting occurs when the consumer is not aware that he/she is purchasing a fake or fraudulent product, whereas non-deceptive counterfeiting occurs when a consumer intentionally and with full knowledge purchases a copy of the original product.

Peculiarly, the fashion industry is one such industry where consumers have shown a preference towards counterfeited products or ‘knock-offs’ (in popular parlance), despite being aware of the diminished quality and durability of the products they are purchasing. One can assume that this is owing to slashed prices of these counterfeit goods by margins as high as 60-70%, coupled with wearing/displaying a popular brand or a popular attribute of a brand, for instance, Louis Vuitton’s LV monogram or its Damier Canvas pattern purses.

A recent 2019 study undertaken by the Centre for New Economics Studies at O.P. Jindal University identified factors such as social motivation, brand value, and peer influence to explain why consumers in India prefer buying counterfeits.[1]

The epidemic of counterfeiting of apparels and accessories in India is thought to be a by-product of increasing manufacture of counterfeits in the South-East Asian region. Notably, the national capital alone is home to thriving markets selling counterfeit goods in the open, some of the popular ones being ‘ROY-BAN’, ‘PRADO’, ‘NKIE’, etc. Given the high demand of these products by consumers themselves and the fact that these markets have been operating since decades, enforcing agencies have been able to do little to curb this menace of counterfeiting, which has in fact shown a consistent increase in India.

In this regard, Sections 102, 103 and 135 of the Trademarks Act, 1999, can be employed as remedies against infringement and counterfeiting as they deal with falsification and false application of a trademark. Notably, Section 103 mandates imprisonment of three (3) years and a fine up to two lakh rupees as penalties for counterfeiting. The Delhi High Court has also stepped in to do its bit by compensating brand owners who are the victims of widespread counterfeiting in India.

A recent example is an order dated July 31, 2018[2], passed by a Single Judge of the Delhi High Court wherein Christian Loubutin was granted an ex parte injunction order against third parties who were selling footwear with a red sole, which is considered as a feature of one of Loubutin’s most iconic shoes. Even though this unconventional order (recognizing a specific tone of colour red [Pantone no. 18.1663TP] as applied to the outsole of a shoe as a well-known trademark) was in direct contravention to another previous 2017 Delhi High Court[3] judgement concerning Loubutins, it was hailed as a much needed win against counterfeiters.

Brand owners have also decided to take matters into their own hands by developing technology that enables consumer to identity fakes. A start up called “Group Project” has developed block chain technology that can scan the tag on products to identify if a product is genuine or not.[4] This of course depends wholly on the willingness of consumers who want to avoid buying fakes but will not be effective in case of consumers who are engaging in non-deceptive counterfeiting. However, with an increase in awareness of intellectual property rights among the consuming public and brand owners doubling down on counterfeiters, the end to this epidemic may be possible in the near future.