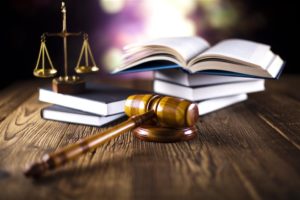 By Vikram Narula and Nishtha Das

The Ministry of Law and Justice on December 02, 2019, has launched a programme designed to spread awareness on Fundamental Duties amongst the citizens. The Government is planning to develop an extensive mechanism for the execution of the awareness drive. It pursues support from different sectors to ensure that the information imparted extends to distant areas and citizens are made aware of their constitutional responsibilities.

What are Fundamental Duties?

Fundamental Duties are corresponding Duties of the citizens enshrined in Part IV-A of the Constitution of India. They were inserted in the Constitution by the Forty-second Amendment Act, 1976 upon the recommendation of the Swaran Singh Committee. The Fundamental Duties are in line with Article 29 (1) of the Universal Declaration of Human Rights, 1948. They act as directives about the Duties of the citizens towards their nation. They discuss the inherent obligations of the citizens with regard to protecting the environment, upholding the sovereignty of India, safeguarding public property, recognizing brotherhood, fraternity, etc. They act as a reminder for citizens that it is not just the Fundamental Rights that they are vested with but they also have equivalent Duties towards the nation with which they have to abide.

The Central Government has approached the Bar Council of India, to engage the students from different law schools all over India, who will assist in imparting education on Fundamental Duties by different means including electronic presentations.

For every state, 70 eminent personalities will be recognized who will provide their comments on different areas of Constitutional law, majorly focusing on the Fundamental Duties. Their observations will be recorded and will be circulated on various social media platforms. The Ministry of External Affairs will furnish similar contribution where they will provide comments by prominent international scholars on Indian Constitution.

The Government also plans to organize large scale events where significant political leaders will participate and deliver information on the Duties of the citizens. These events will also be recorded and there will be a live telecast of the same.

Besides, the Government also plans to include support from nation-wide schools, colleges, and municipal and trade bodies to conduct seminars where the essence of the Constitution of India will be extensively discussed and preached. Moreover, several movies are also expected to be made to deliver the message on the Constitution and the Fundamental Duties.

The Government’s proposition of professing Fundamental Duties is aligned with the idea of making the citizens aware about abiding by the Duties as well. This programme aims at instilling the feeling of patriotism and developing a sense of responsibility towards the nation. Conversely, as the Government has yet not decided upon the costs and prospectus for the entire programme, it can be a challenging task to ascertain the same. Also, the responsiveness and success of the programme will be difficult to determine as data analysis of the number of people understanding the information can be perplexing. However, the objective of the programme addresses the much required need for an informative system. If developed in accordance with decided terms, it can create a positive impact on the society.