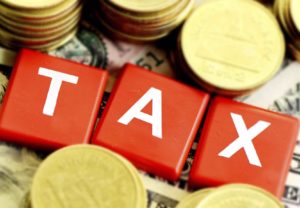 The Central Board of Indirect Taxes and Customs (hereinafter referred to as ‘CBIC’), GST (Goods and services Tax) wing, vide its Notification dated June 10, 2020 has clarified the position on applicability of GST on remuneration of directors. Several clarifications had been sought earlier regarding whether the remuneration paid by companies to their directors falls under the ambit of entry in Schedule III of the Central Goods and Services Tax Act, 2017 (hereinafter referred to as the CGST Act) under the heading of “services by an employee to the employer in the course of or in relation to his employment”.[1]

The CBIC has examined the above issue into two different categories:

Applicability of GST on remuneration of Independent Directors

Examining the definition of independent directors, the CBIC has identified that these directors are not an employee or proprietor or partner of the said company. For examining the said definition, the CBIC referred to Section 149(6) of the Companies Act, 2013, read with Rule 12 of Companies (Share Capital and Debentures) Rules, 2014. Therefore, the services provided by these directors to the Company do not fall under the scope of Schedule III of the CGST Act and are therefore taxable.

Accordingly, the remuneration paid to the independent directors of a company is taxable in hands of the company, on reverse charge basis.

Applicability of GST on remuneration of Whole-time Directors

For assessing the position of whole-time directors, their activities have been examined on the parameters of “contract for service” and “contract of service”. CBIC pointed out that a director who has also taken up employment in the company can be functioning in dual capacity i.e. of a director along with of an employee. The functioning as an employee may be related as under a contract of service (employment) entered into with the company.

Section 192 of the Income Tax Act, 1961 (hereinafter referred to as ‘IT Act) states that ‘salaries’ paid to directors is subject to a Tax Deduction at Source (hereinafter referred to as ‘TDS’). However, there can also be certain directors whose remuneration is paid in the form of professional fees and not in the form of salary. The TDS for such directors is deductible under Section 194J of the IT Act.

Applicability of GST on Lawyers and Law Firms