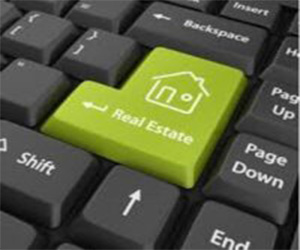 The plight of the homebuyers who have invested their hard-earned money in real estate projects with a hope of owning a house one day.

The Delhi High Court vide its interim order Ashish Tiwari v. Union Bank of India [1] dated January 31, 2022 held that the banks shall not take any coercive action against the homebuyers to recover EMIs for pending projects where the builders were supposed to pay the EMIs till possession.

However, builders started defaulting in paying the EMIs to the banks as per the Tripartite Agreement, and subsequently the banks initiated action against the buyers to recover the EMIs instead. Aggrieved by the action of the banks, the homebuyers filed a petition under Articles 226 and 227 of the Constitution of India with a grievance that despite the Circulars being issued by the Reserve Bank of India and the National Housing Bank which clearly mandate that the banks and other financial institutions should desist from offering loans in subvention schemes offered by the developer, and should disburse the loan only on the basis of the stages of construction, the banks have been disbursing the loan amount to the developers without even examining the fact as to whether the developers are in a position to complete the construction.

The Petitioners raised the directions issued by the RBI and the NHB wherein the banks have been directed to exercise due caution while disbursing of housing loans sanctioned to individuals. The Petitioners further submitted that once the Respondent i.e. the banks have chosen to act in violation of the directions issued by the RBI and the NHB, they cannot claim payment towards the loan amount, which they in this present matter pre-maturely disbursed to the builders. The Petitioners also submitted that the banks, have in fact, acted in collusion with the builders, in releasing the loan amount even without examining whether the builder was in a position to complete the project or not. The Petitioners in their support placed reliance on the orders passed in Hridesh Kumar Pathak v. Bank of Maharashtra [2] and Jayanta Kumar Mishra and Another v. Union of India [3], wherein the Division Bench, by way of interim orders, restrained the banks from taking any coercive steps against the Petitioners or the homebuyers.

The Respondents however submitted that once the Petitioners had knowingly signed a Tripartite Agreement, they cannot now shift the blame solely on the banks for any default on the part of the builders, and evade their liability to re-pay EMIs in respect of the loans issued in the favour of the Petitioners.

Further, the learned Senior Counsel, Mr. V. Giri appearing for the RBI, submitted that the banks are required to comply with the directions and guidelines issued by the RBI whereby the banks were directed to ensure that the disbursal of the loan amount shall be strictly linked with the stages of construction, and no upfront disbursement shall be made in case of under-construction projects.

The Hon’ble Ms. Justice Rekha Palli noted relevant extracts of the RBI circular dated July 01, 2015, pertaining to the issue of subvention schemes or “innovative housing loan schemes” wherein it was observed that such housing loan products are likely to expose the banks as well as their home loan borrowers to additional risks e.g. in case of dispute between the individual borrowers and builders, default or delayed payment of EMIs by the builder during the agreed period on behalf of the borrower, non-completion of the project on time, etc. The Hon’ble Justice further noted circular dated July 09, 2019 issued by the NHB, wherein it was observed that the housing finance companies shall desist from offering loan products involving servicing of the loan dues by builders on behalf of the borrowers and the disbursal of housing loans sanctioned to the individuals shall be closely linked to the stages of construction of the housing projects and disbursal shall not be made in case of incomplete or under-construction projects.

The Hon’ble Justice vide this interim order observed that despite the banks having disbursed the loan amounts when the construction was admittedly incomplete, the Petitioners were being asked to pay the amount that was initially required to be paid by the builders.

The Court further observed that the Petitioners who are individual homebuyers, a grave financial hardship was also being caused to the Petitioners on account of the devastating impact of the Covid-19 pandemic. Therefore, a grave and irreparable loss would be caused to the homebuyers if they are forced to pay the EMIs in this challenging times due to the default of the builders. Thus, the Court vide this order granted an interim stay in favour of the homebuyers against the recovery of EMIs for pending projects where the builders were supposed to pay the EMIs till the possession.

This order came as a light in favour of the homebuyers who were being forced by the banks to pay EMIs due to the default of the builders. Thus, the banks were rightly restrained from taking any coercive steps against the homebuyers since the loan amounts were disbursed without any consideration to the stages of construction and such disbursal was against the guidelines of the Reserve Bank of India and the National Housing Bank.

Remedies available to Homebuyers under RERA and Consumer Protection Act

Refund an Absolute Right under RERA, if Builder goes Wrong!