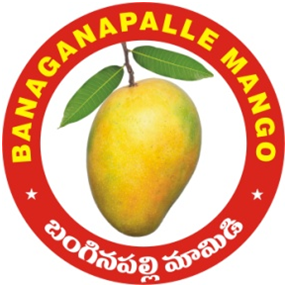 Andhra Pradesh tasted the sweetness of its Banaganapalle mangoes as it finally got the Geographical Indication (GI) tag this year in the May after a long wait of 100 years.

The tag was given by the Geographical Indications Registry, Chennai after an application from the Horticulture Commissioner, Andhra Pradesh was filed. The ‘King of fruits’ i.e. Banaganapalle mangoes is now officially owned by the State Government of Andhra Pradesh. The logo decided by the Government features a bright yellow fruit around which the tagline says “Banganappalle Mangoes of Andhra Pradesh,” with images of a man and a woman appearing to be farmers. Anyone from now on to sell or produce these must first apply to become authorized users and would require a no-objection certificate (NOC) from Andhra Pradesh Government’s horticulture Department.

The fruit is also known by a variety of monikers like Beneshan, Baneshan, Benishan, Chappatai, Safeda, Banaganapalli, Banginapalli, Banaganapalle, etc. The highlight of the fruit is that it can preserve its quality under cold storage up till three months. The documents submitted to the Registry stated‘The prominent characteristic of Banganapalle mangoes is that their skin has very light spots, stone is oblong in shape and has very thin seed with sparse and soft fiber all over’.

The Government also stated the primary center of origin to be Kurnool district comprising Banaganapalle, Paanyam and Nandyal mandals and Khammam, Mahabubnagar, Rangareddy, Medak, Adilabad districts in Telangana as secondary centers of origin. According to an affidavit furnished in 2011, Rani Kumudini, the then Andhra Pradesh Commissioner of Horticulture, stated that nearly 7,68,250 families were involved in the production of Banaganapalle mangoes. An estimated 24.35 lakh metric tonnes of mangoes were grown every year in Andhra Pradesh and about 5,500 tonnes of Banganappalle mangoes were being exported annually to countries like the U.S., U.K., Japan and the Gulf nations.