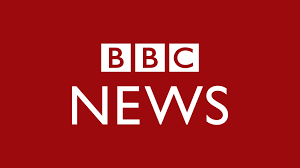 Recently, in the case of The British Broadcasting Corporation vs Kuldeep Singh Kalra & Ors., The British Broadcasting Corporation (hereinafter referred to as the ‘Plaintiff’) prayed for a decree of permanent injunction, restraining Kuldeep Singh Kalra (hereinafter referred to as the ‘Defendants’) from using any mark which is deceptively and confusingly similar to the mark ‘BBC’. However, during the pendency of the suit the parties entered into a settlement before the Delhi High Court Mediation and Conciliation Centre, because of which Honorable Justice Mukta Gupta of the Delhi High Court decreed the suit as per the terms and conditions of the settlement

In the present suit the Plaintiff have prayed for the following reliefs:

However, during the pendency of the suit before the issues could be settled, the parties entered into a settlement before the Delhi High Court Mediation and Conciliation Centre.

The Defendant undertook not to use the Plaintiff’s well-known mark BBC in a standalone manner or in any manner whatsoever including but not limited to its publications, books, stationary, pamphlets, visiting cards, etc.

Both the parties understand that the concern of the Plaintiff is with the word bbc and the same has been addressed by the Defendants by agreeing to not use bbc in isolation but always in conjunction with Brajindra Book Company. Amongst others, the Plaintiffs agreed to the following terms – :

The Defendants shall immediately cease further publication of the marks impugned in CS (COMM) 1144/ 2016 and agrees not to adopt any identical or similar mark in the future, other than the allowed manner of use as defined in the settlement agreement. The Defendants further undertakes to voluntarily amend its trade mark application bearing no. 2639325 in Class 16 for the mark bbc compacta (stylized) within a period of six weeks from the date of signing of this agreement to bring it in conformity with the aforesaid terms.

The Plaintiff agreed that in view of the undertakings by the Defendants recorded in the settlement agreement, it shall not oppose the application(s) if any, filed by the Defendants for the registration of the mark “bbc” in conjunction with ‘BRAJINDRA BOOK COMPANY’, and/or with COMPACTA in conformity with the terms of the present settlement deed.