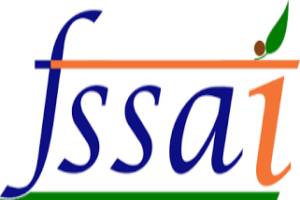 SEBI has decided to permit LES in commodity derivatives contracts subject to the conditions and requirements as stipulated for LES in Equity Cash and Equity Derivatives segments in 2014.

India: Calcutta High Court upholds the constitutionality of the provisions of IBC, 2016 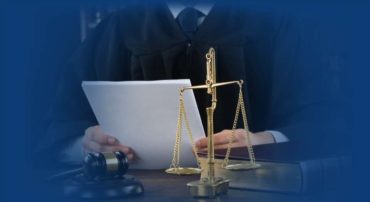 The Nagaland Online Game of Skill Act verifies the licensed game to be a game of skill.

The Act defines a “cartel” to include an association of producers, sellers, distributors, traders or service providers who, by agreement amongst themselves, limit, control or attempt to control the production, distribution, sale or price of, or, trade in goods or provision of services.

The Commission vide its judgement[1] dated March 7, 2018, elaborately discussed that cartelization occurs usually in a clandestine fashion being hidden or secretive without leaving behind any documentary evidence. Therefore, the existence of such anti-competitive practices are required to be inferred from the circumstantial analysis devoid of any plausible explanation.

Jet Airways, IndiGo, SpiceJet (hereinafter referred to as “airlines”) were levying Fuel Surcharge (hereinafter referred to as “FSC”) at a uniform rate thereby constituting the act of cartelization covered under the provisions of the Act. The levy of FSC was the extra charge linked to fuel prices which had been uniformly increased in the past even without a corresponding increase in the fuel prices. It was alleged that this uniform increase in FSC by the airlines was done in collusion which was not only detrimental to the interests of freight companies but also adversely affected the consumers as higher costs are invariably passed on to the ultimate consumers.

The Commission held that the collusive conduct of the airlines in increasing the FSC uniformly has directly or indirectly fixed the freight rates and thus, contravenes the provisions of Section 3(3)(a) read with Section 3(1) of the Act. Penalties of INR 398,100,000, INR 94,500,000 and INR 51,000,000 were imposed on the airlines in furtherance to the said contravention.

The Commission opined that the oligopolistic structure of the market is conducive for a coordinated and concerted behaviour. The low cross elasticity of demand of air cargo services coupled with high entry barriers, common intermediaries (cargo agents) result in a channel for sharing of information amongst the players and presence of trade associations, makes the coordination amongst the players easier.

The contention of the airlines that FSC was only a minor component of the total freight charge and there would be no incentive to cartelize on FSC, was rejected by the commission which held that significant portion i.e. nearly 20-30% of the freight revenue of the airlines was generated from FSC.

The Commission observed that the airlines implemented FSC at the same rate of INR 5 per kg at the same time and the said charges were revised by all of them in nearly the same time span. It was noted further that irrespective of the factors taken into consideration for varying FSC, the change in FSC rate remained the same which the airlines failed to justify. The Commission held that this coordinated course of action relating to change of prices ensures prior elimination of all uncertainty as to each other’s conduct regarding the essential elements of that action, such as the amount, subject-matter, date, etc.

In the light of the observed facts, the Commission held that as the airlines are operative at the same level of the production chain, their contravening practices fall under following provisions of the Act:

Section 3 (3) (a) of the Act recognizes any agreement between enterprises/ persons or associations of enterprises/ persons including cartels, engaged in identical or similar trade of goods or provision of services, which directly or indirectly determines purchase or sale prices as anticompetitive.

Section 3 (1) of the Act prohibits enterprises/ persons or associations of enterprises/ persons to enter into any agreement in respect of production, supply, distribution, storage, acquisition or control of goods or provision of services, which causes or is likely to cause an appreciable adverse effect on competition within India.

Price competition in a market encourages an efficient supply of output/ services by companies. Any company is free to change/ revise its prices taking into consideration the foreseeable conduct of its competitors. However, the association of enterprises/ persons aiming for collective profits disturbing the market regulators by way of cartelization are not permitted as per the Act, the same being against the healthy growth of competition.

SEBI has decided to permit LES in commodity derivatives contracts subject to the conditions and requirements as stipulated for LES in Equity Cash and Equity Derivatives segments vide SEBI Circular dated April 23, 2014.[2]

In addition to the conditions and requirements as mentioned in the above circular, the following conditions shall apply to LES in commodity derivatives contracts:

India: Calcutta High Court upholds the constitutionality of the provisions of IBC, 2016

The Court held that:

Games are the source of recreational activities that engage some sort of skill of the player which may be physical strength or mental capabilities. Created for our entertainment the rules and conditions of play may vary for each game. In order to increase the thrill in the game, they may be played for real money. It is at this stage that they are often confused with gambling activities. However, The Apex Court recognizes the games where success depends on substantial degree of skill and despite the existence of an element of chance there is requirement ofapplication of skill, are not “gambling”[1] :

Although betting/ gambling remain the matters of exclusive jurisdiction of the applicable State legislature, there are hardly any state laws which clearly classify a game to be a game of skill. With a pragmatic approach to deal with the difficulties posed by the lack of appropriate regulation, the Government of Nagaland has passed the Nagaland Prohibition of Gambling and Promotion of Online Games of Skill Act, 2015 (hereinafter referred to as “Nagaland Act”) and Rules, 2016 (hereinafter referred to as “Rules”). The license issued under the Nagaland Act and Rules ensure the fact that a particular online game is a game of skill and not an act of gambling.

The license issued in accordance to the Nagaland Act and Rules is valid for the operation of the game throughout India except in the states expressly prohibiting betting/ wagering of any sort i.e. Assam, Odisha, Telangana and Gujrat.

OBLIGATIONS FOR THE APPLICANT

The Applicant willing to obtain the license for game of skill are required to fulfill the following obligations as per the Nagaland Act and Rules namely:

In the progressive view, the Nagaland Act and Rules accord legal protection to the games of skill being played with involvement of stakes, the Nagaland Act. It certainly entails advantages to the entrepreneurs involved in the business of gaming.