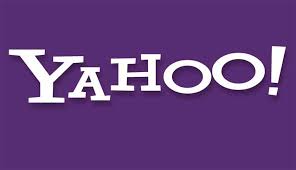 Recently, the Delhi High Court on July 3, 2017 in the case of Yahoo Inc vs Mr Rinshad Rinu & Ors., directed payment of INR 5 lakh as damages to US based Yahoo Inc, for trademark infringement by a website called ‘YahooKochi’. The Court restrained the website from using its trademark or any other deceptively similar mark.

The Plaintiff also prayed to the Court to pass an order directing Defendant no. 6, GoDaddy.com, the Registrar of the domain name , to suspend the operation of the said domain.

The Court vide its order dated October 20, 2015, granted an ex parte ad interim inunction in favor of the Plaintiff. The Defendants no.1 to 5 were restrained from using the mark YAHOO in relation to the trademark as well as domain name obtained by them, and Defendant no.6 was directed to suspend the domain name within one week from the date of receipt of order.

Since, the Defendants refrained themselves from appearing, they were proceeded ex parte and the ex parte injunction was confirmed.

Whether the Defendant infringed the Plaintiff’s YAHOO trademark?